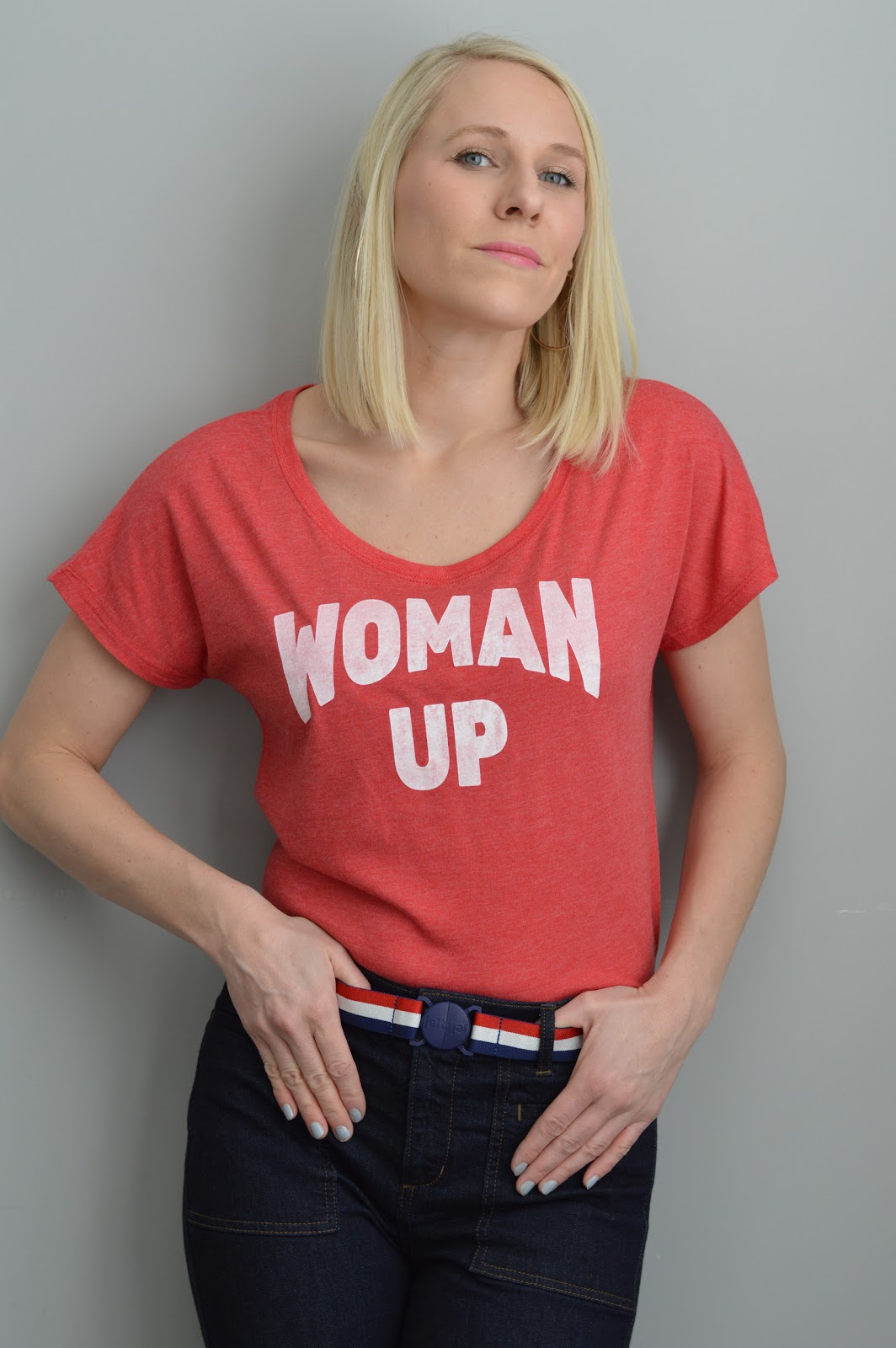 I am excited to support the USA in style with two apparel items that support women. 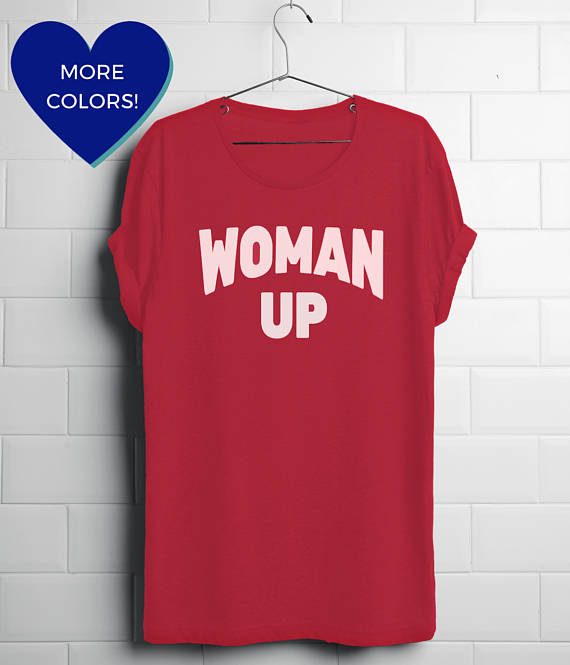 This Woman Up T-shirt comes from Fourth Wave Apparel– the perfect way to support other women who have stepped up for what they believe in, and for the future of others after them. All items from this brand incorporate vintage political cartoons, pins, rally fliers, and art which serves as a “subtle reminder of significant courage and strength.” Five percent of profits are given to Women for Women International, which supports women in eight other countries where war and conflict have upended lives and torn communities apart. 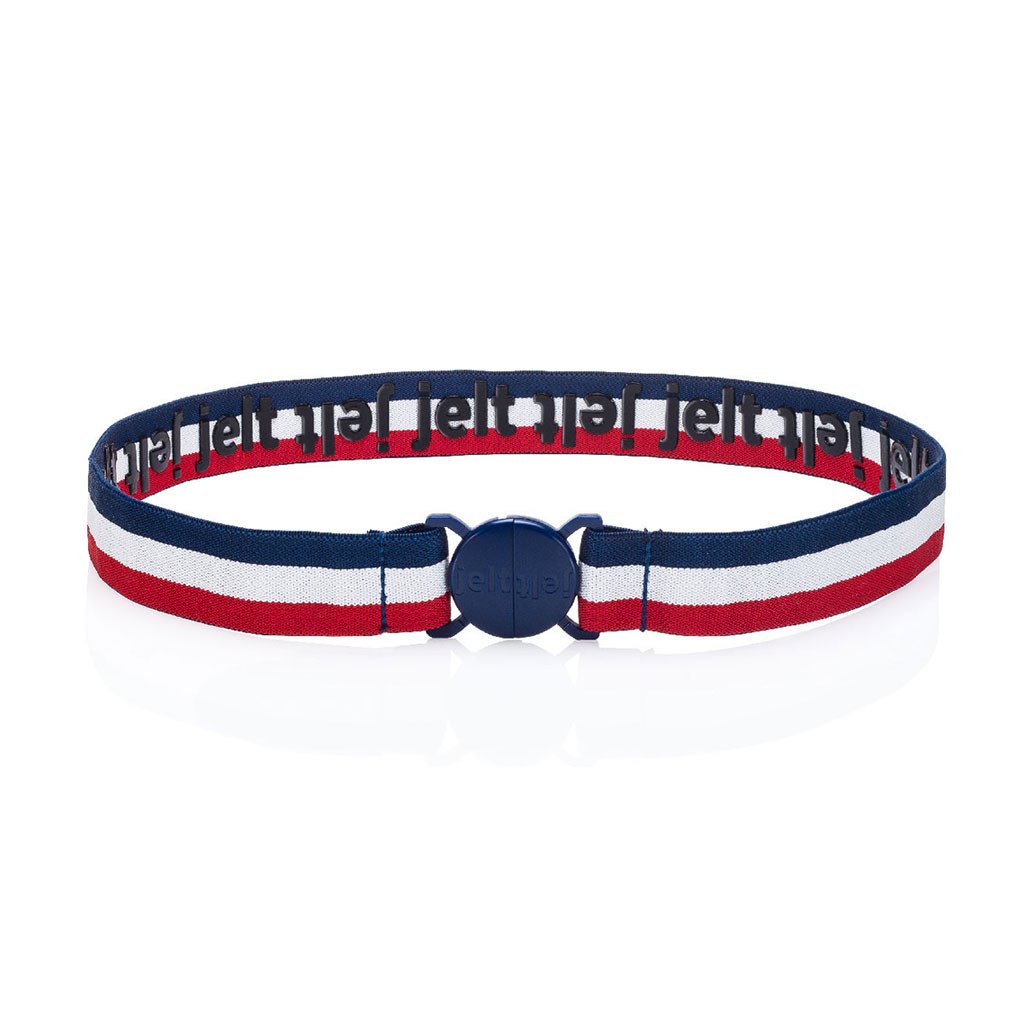 My red, white and blue patriotic belt is my favorite accessory- Jelt Belts are super-stretchy belts made from 100% recycled water bottles. They are virtually invisible under clothing, keep pants from slipping, and are incredibly travel-friendly. The USA belt is currently 20% off in honor of the Olympics, and the retro style pairs perfectly with high-waisted denim (PS- they have tons of different colors, and new belts for kids!). Jelt is invented and owned by Jen Perry, a fellow mom who, out of necessity, created a belt to keep her jeans from sagging. The belts are manufactured in Montana, which helps incarcerated women gain job skills and confidence prior to release.

Here are the stories of three groups of women who have shown us all how to Woman Up.

The U.S. Women’s Hockey Team has medaled in every single Olympics and won the World Championship seven times since 2000. Despite having this record, they have not received equitable treatment from USA Hockey. According to a press release by their legal team, approximately half of the players on the Women’s National Team hold second or third jobs, and many others rely on financial support from family members. They received $6,000 every four years, which was tied to the Olympics.

The members of the team decided to Woman Up and boycott the International Ice Hockey Federation (IIHF) World Championship in 2017 as well as threaten to sit out the 2018 Winter Olympics if fair wages and support were not negotiated with USA Hockey. The women now have a wage that is liveable- reportedly $70,000 per year, with travel stipends and accommodations. The Men’s team isn’t paid a wage by USA Hockey because their players are all professionals in the NHL, making millions per year. Although, USA Hockey does pay for their accommodations and disability insurance, something the Women’s Hockey team negotiated for.

I think the unsung heroes in this story are the college and high school level women who turned down offers from USA Hockey to be a part of a replacement team. The opportunity to play at that level is incredibly rare, and for the women to maintain solidarity in their stance and refuse to replace the women fighting for equality is the definition of character.
U.S. Women’s Gymnastics Team

As a Michigan State Alumnus, I have followed the trial of the former USA Gymnastics and Michigan State “doctor” with a combination of horror and deep sorrow. As many children of alumni follow in their parent’s footsteps, I think many of us imagine our children in this situation. One thing that came out of this disgraceful situation was the courage and strength of the victims- dozens took the stand to Woman Up and tell their story to further condemn the man who stole the innocence of so many girls.

Olympic gold medalist Aly Raisman initially decided not to speak in court because of how traumatic it would be, but later decided to confront the man who abused her. Although it made her physically ill to take the stand, she testified for herself and all of the other women who were affected by this monster. She has also called on the USOC to open an independent investigation so history won’t repeat itself. Way to Woman Up and fight to ensure the safety of those who follow in your footsteps.

The group of three women who comprise the Nigerian Bobsled Team will make history at the 2018 Olympics- they are the first team from the continent of Africa to represent in the sport of bobsled. Seun Adigun, who is a Nigerian American born in Illinois, is heading the team. She formerly competed for Nigeria in the 2012 Olympic hurdles and watched fellow Olympians transition from track to bobsled for the 2014 games.

She spoke to former track stars Ngozi Onwumere and Akuoma Omegoa, all three of which have dual American and Nigerian citizenship, and they formed the first Nigerian Bobsled Team by raising $75,000 via a GoFundMe Page to travel to initial competitions.

In addition to being an Olympian, Adigun is also on her way to receive her Doctor of Chiropractic degree and Master of Science in Exercise and Health Studies. What a way to Woman Up and make history!

I can’t imagine the dedication, bravery, and strength necessary to accomplish all that these and many other women have. Let’s burst that bubble and Woman Up!

Cheers to all the women who Woman Up, both in the Olympics and every day heroes.