I have attended the Chicago Toy and Game Fair for years, and each year I find a new novelty that I am thrilled to give as a gift. This year was no different, especially because I was able to hop on a few local TV stations to share my picks with Chicago. I spoke directly with the toy and game companies and heard about their passion for their products. I never really thought about those who see the item through from inception to completion, and how gratifying it must be to watch people enjoy their creation. Without further ado, here are my top holiday gifts from the Chicago Toy and Game Fair! 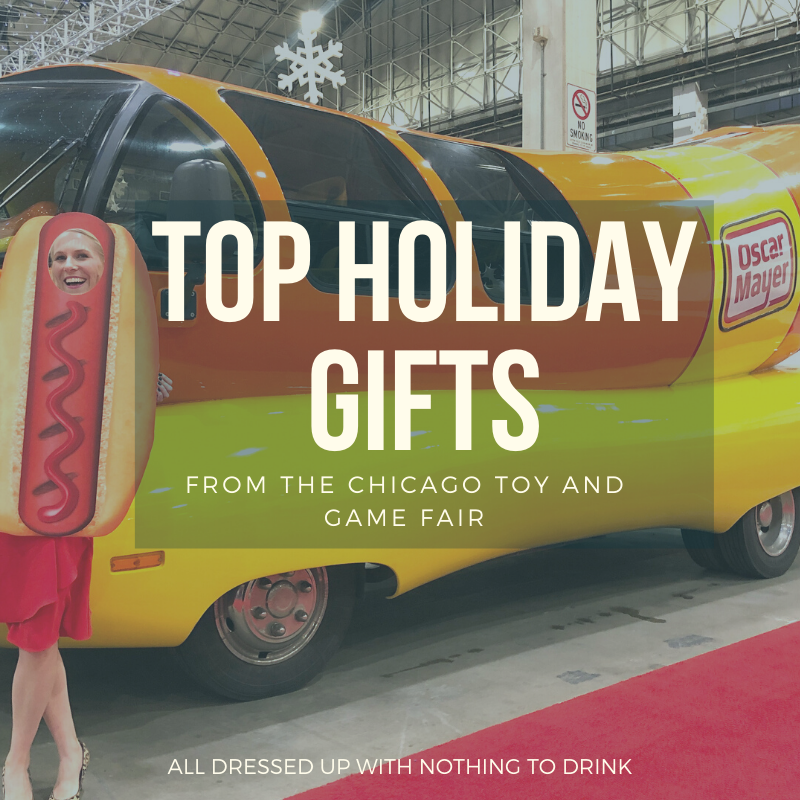 If you are anywhere close to my age, you remember being parked in front of the television, watching the man with the fabulous afro painting happy little trees. I would marvel at his ability to conjure a serene outdoor scene from nothing and show us how we “don’t make mistakes, we make happy accidents.” Isn’t that a great lesson for kids? If you screw up, turn it into something positive. Add a dash of creativity and ingenuity and make that accident something intentional.

The game from Big G Creative is called Happy Little Accidents, and revolves around just that. Each player grabs a slip of paper and draws a doodle- it can be a squiggle, random lines, anything. The papers are then flipped over and mixed up, and each participant then draws one at random. A card is drawn from the game box and everyone has to make their doodle into the object read from the card. For example- Birthday Cake. You need to incorporate a random squiggle into a drawing of a birthday cake, maybe it is the frosting or (as my 8-year-old did) smoke from the candles. 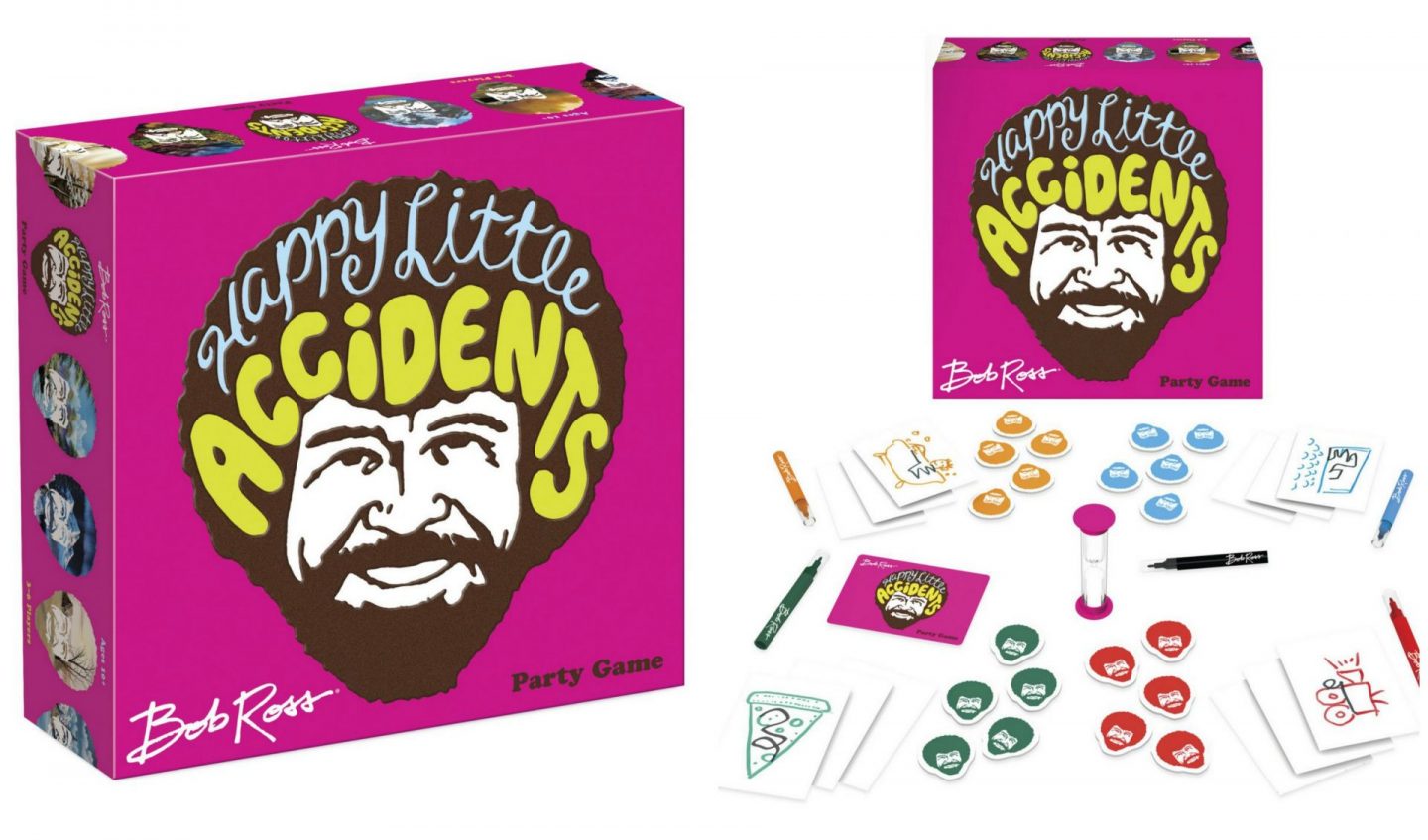 This is one of my top holiday gifts because I LOVED seeing how creative my kids were. We didn’t even use the scoring system in the game. We simply turned each other’s doodles into mini pieces of art, making enjoyable accidents into an entertaining evening.

Tip- buy this game on Target.com instead of Amazon. Amazon only sells it at a major mark up from other resellers.

This is a top holiday gift that is near and dear to my heart for a few reasons. One- the company is located in Buffalo Grove, mere miles from my home. Two- it is a family owned and operated business. A father (Art) and his sons (Jim and Joe) work hand in hand inventing, producing and marketing EBlox.

I know I mentioned this on my previous post about top tech toys for kids, but this is one of my top holiday gifts hands down. I showed some of the sets on NBC, and the company was kind enough to let me keep two of the Circuit Blox sets. My almost 6-year-old daughter and 8-year-old son played with them for HOURS. One kit even allows them to build a working FM Radio! 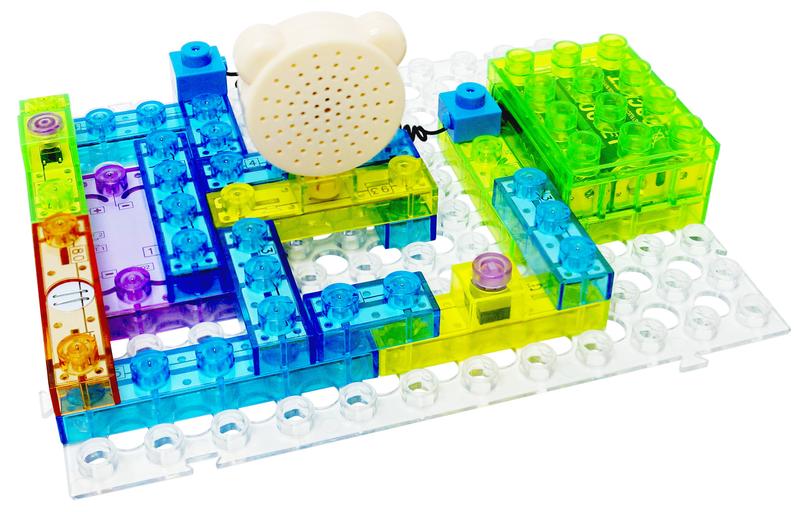 I love that the kits work with existing building blocks- for example, the Power Blox work with traditional Lego sets. There are no wires- they patented a technology which uses a combination of LED-lit blocks and tin blocks to make a complete circuit. Talk about creative and educational!

At the Chicago Toy and Game Fair, I saw a few tables arranged with board games scattered about. I was curious, so I sat down and started sifting through the offerings. Turns out, the company Let’s Play Games was demonstrating their meetup app. The purpose of the app is to arrange a place for strangers to get together to play board games. There are over 1000 members in Chicago, ready to get off their gaming consoles and meet face to face for some friendly competition. 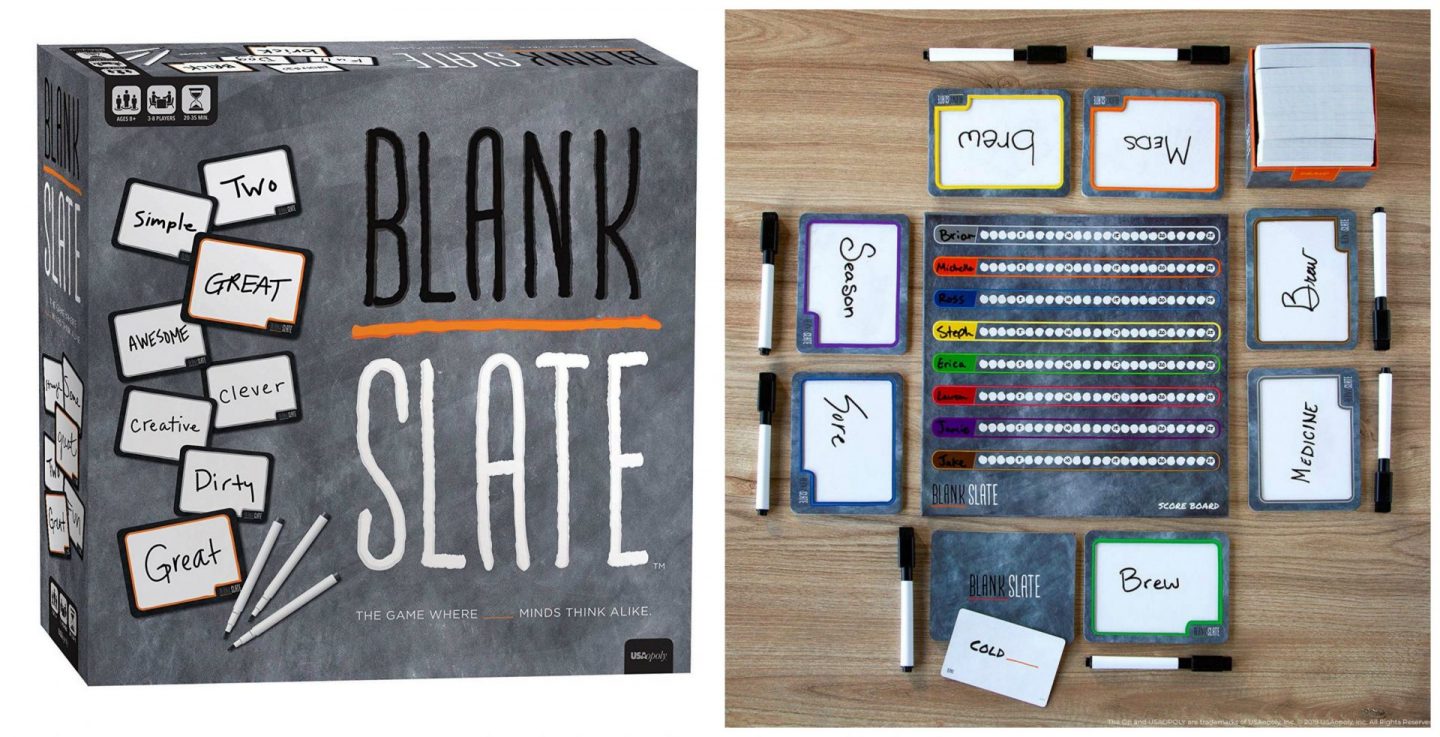 I tried out the game Blank Slate with members from Let’s Play Games. They showed me the ropes (EASY to learn) and we played a few rounds. The object of the game is to match phrases or compound words with one other opponent. You each receive three points if you do this. Match with more than one and you each get one point. Don’t match with anyone? Zero points.

I busted this game out at two Thanksgiving gatherings last week and it was an absolute HIT, so it became one of my top holiday gifts immediately. We had players from 5-75, and all were engaged and excited to play. Here is an example: The card you draw says Sea____________. Fill in the blank with a word that goes with “sea.” A few ideas are weed, water, foam, breeze, and so on. My husband and I have an inside joke about sea breeze, so we both cracked up when that was drawn. We matched on that, but no one else did. Three points!

The Chicago Toy and Game Fair has a Young Inventor’s Challenge each year. Children age 6-18 create their own toy or game concept, and executives from major toy and game companies like Play Monster, Spin Master and Goliath critique them.

I had the pleasure of working with one of the winners from last year, Tiggy, who invented Draw Into Crime. I watched Tiggy as she was interviewed on both Windy City Live and WGN’s Morning Show, and she rocked it. She was able to explain her game quickly and concisely, and answer the interviewer questions with ease (no easy tasks). Here she is below at the Toy and Game Fair, demo’ing her game to attendees: 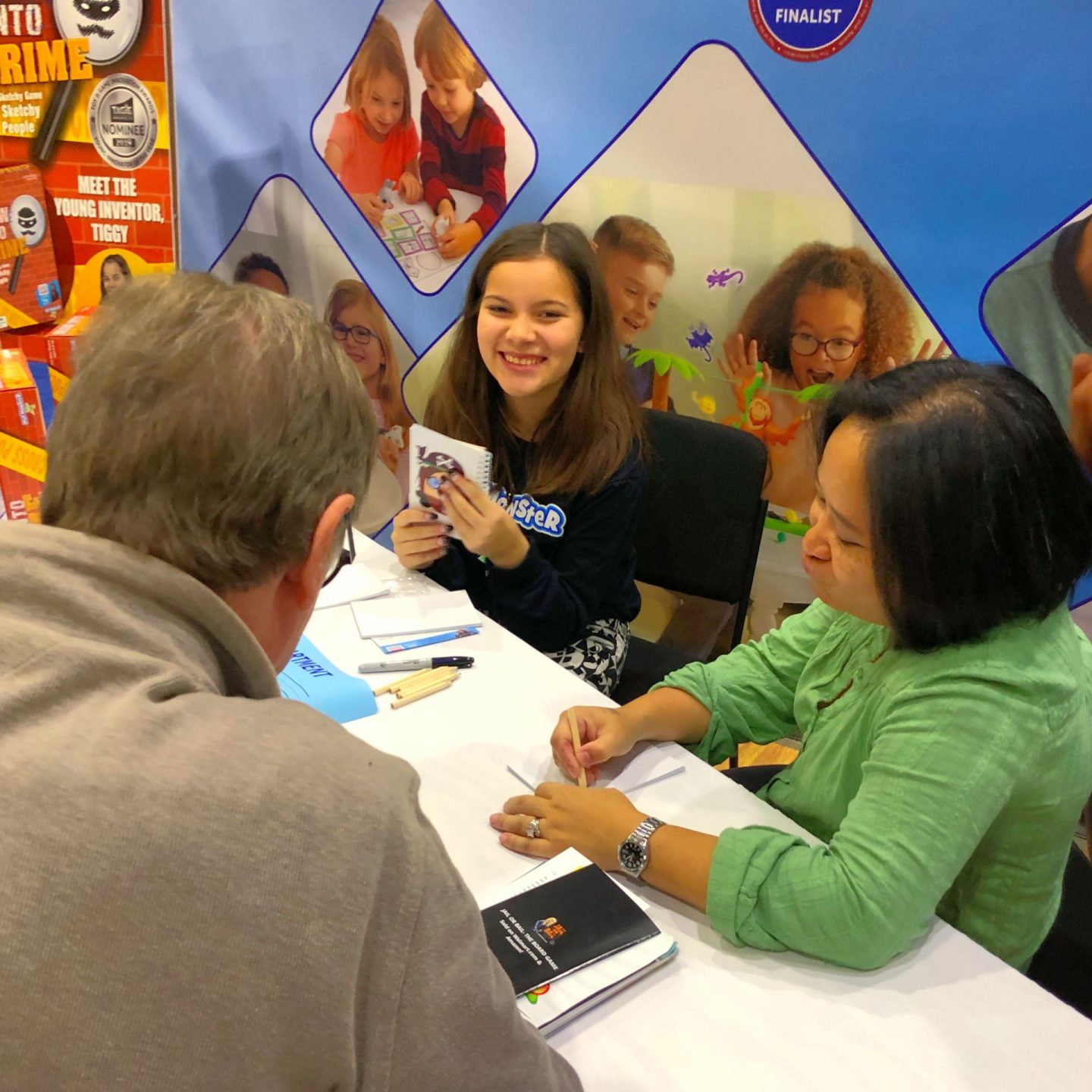 This game was picked up by PlayMonster, who has produced dozens of family favorites. Tiggy was inspired by crime shows and sketch artists. The witness uses a book of criminal photos, and the detective must use yes or no questions to determine whodunnit and draw the perpetrator. This is one of my top holiday gifts because it truly shows what kids can do when they invest their time, energy and effort into something! 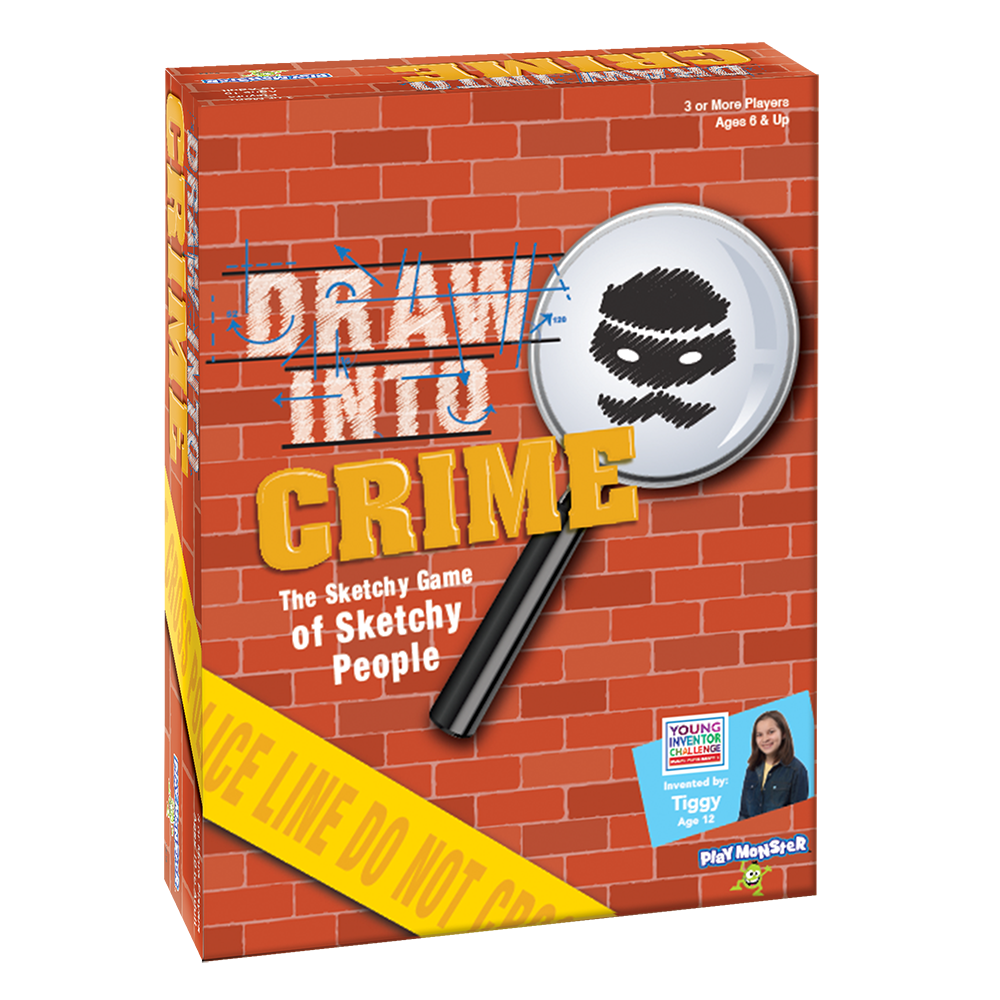 Yes, this is a classic! I remember sitting at my grandmother’s kitchen table while she and her siblings played this game. She even crocheted a Rummikub bag to house the extra tiles. I haven’t played in years, but with the cold weather keeping my kids inside, I was pulling out all the stops to keep them entertained. 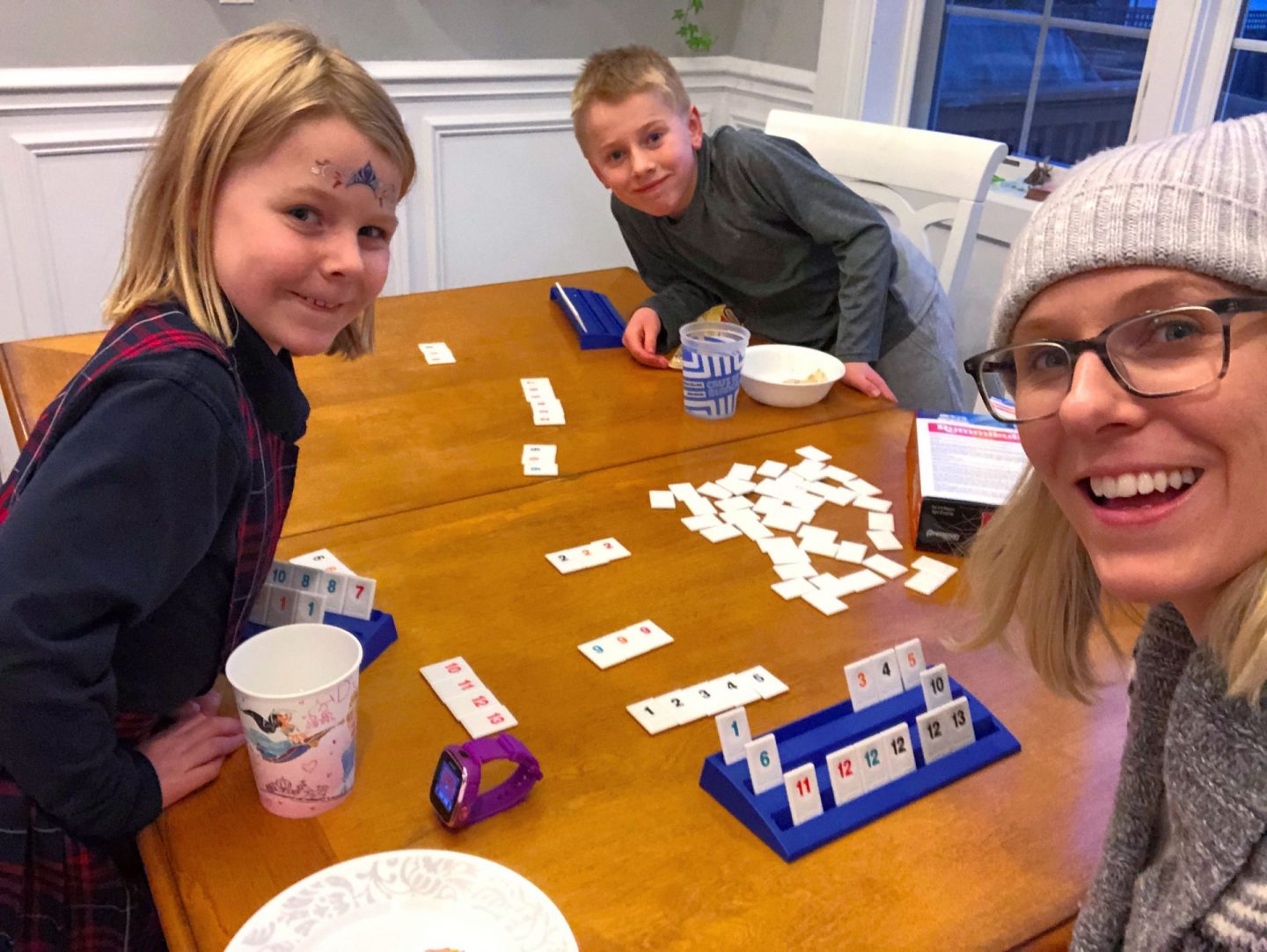 My husband came home from work and saw us playing and immediately started discussing strategy with my kids. I had NO clue he used to play the game when he was younger as well! My kids were able to get the basics down, but I still have to assist them on anything more complicated than the basic melds. For me, this makes my list of top holiday gifts for the nostalgia alone.

Tip: When you are playing with kids, you can adjust the rules to their level. For example, give them double the amount of chips/cards. Use the basic rules rather than all of the caveats. Play in teams. The whole point is to have FUN!

You know those Lamborghinis in Tokyo that scream through the streets with LEDs underneath that light up the night? The Y-volution Neon Ghost Light Up Scooter is the, well, scooter-version of those! The LED lights can be controlled by a button on the deck and feature 10 colors with three lighting styles. 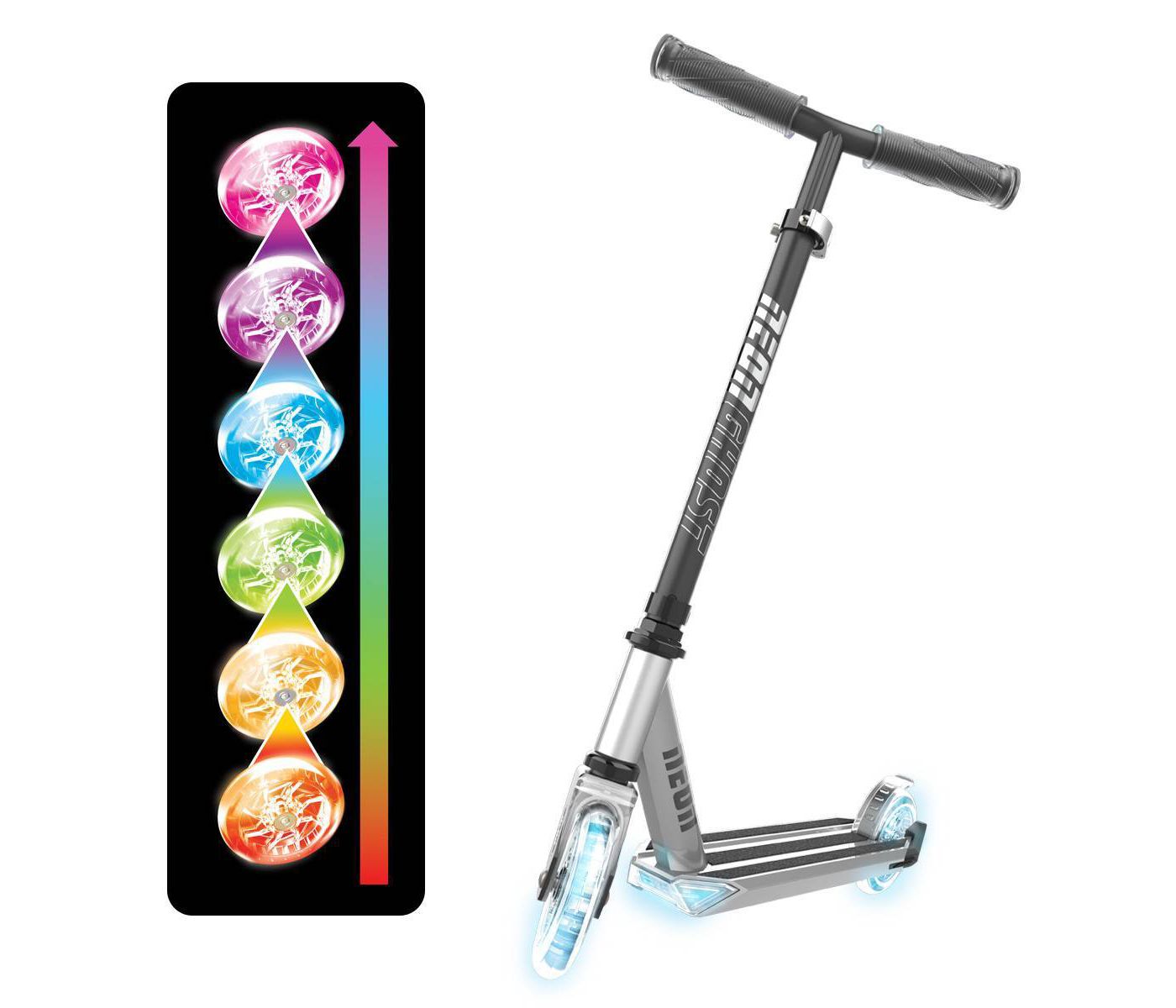 It took me two minutes to assemble, and it comes with adjustable handlebars (yay for growth spurts). The frame is sturdy, and the wheels seem to roll smoothly. I am not a fan of Razor scooters because they have a tendency to swing around and cut me right in the ankle. This scooter seemed more functional AND fun IMHO. At $50, this is a great deal on a souped up scooter!

Also- safety note- this is a great way for your kids to be seen on the streets as they scoot. Cars are much more likely to notice flashing lights!

I am a bit partial to Meltdown because I represented it at the TAGIE Awards the night before the Toy and Game Fair. When I say I represented it, I mean a custom gown and headpiece was designed for me by the PlayMonster Brand Manager Danielle and I interacted with the audience in character throughout the evening. I encouraged attendees to play Meltdown during the cocktail hour- this is why I adore the toy and game group! Men in tuxedos and women in ballgowns were cheering each other on as they placed green bricks atop a goo-topped tower.

Meltdown is quite a dynamic game in that the play field shifts as the game continues. The setup is simple- a ball of green goo is placed on top of a structure, then a thin green platform is placed on top of the goo. Players take turns stacking bricks, trying to balance them as the goo shifts. The goal is to get rid of all bricks, but you get them back if they slide off on your turn. 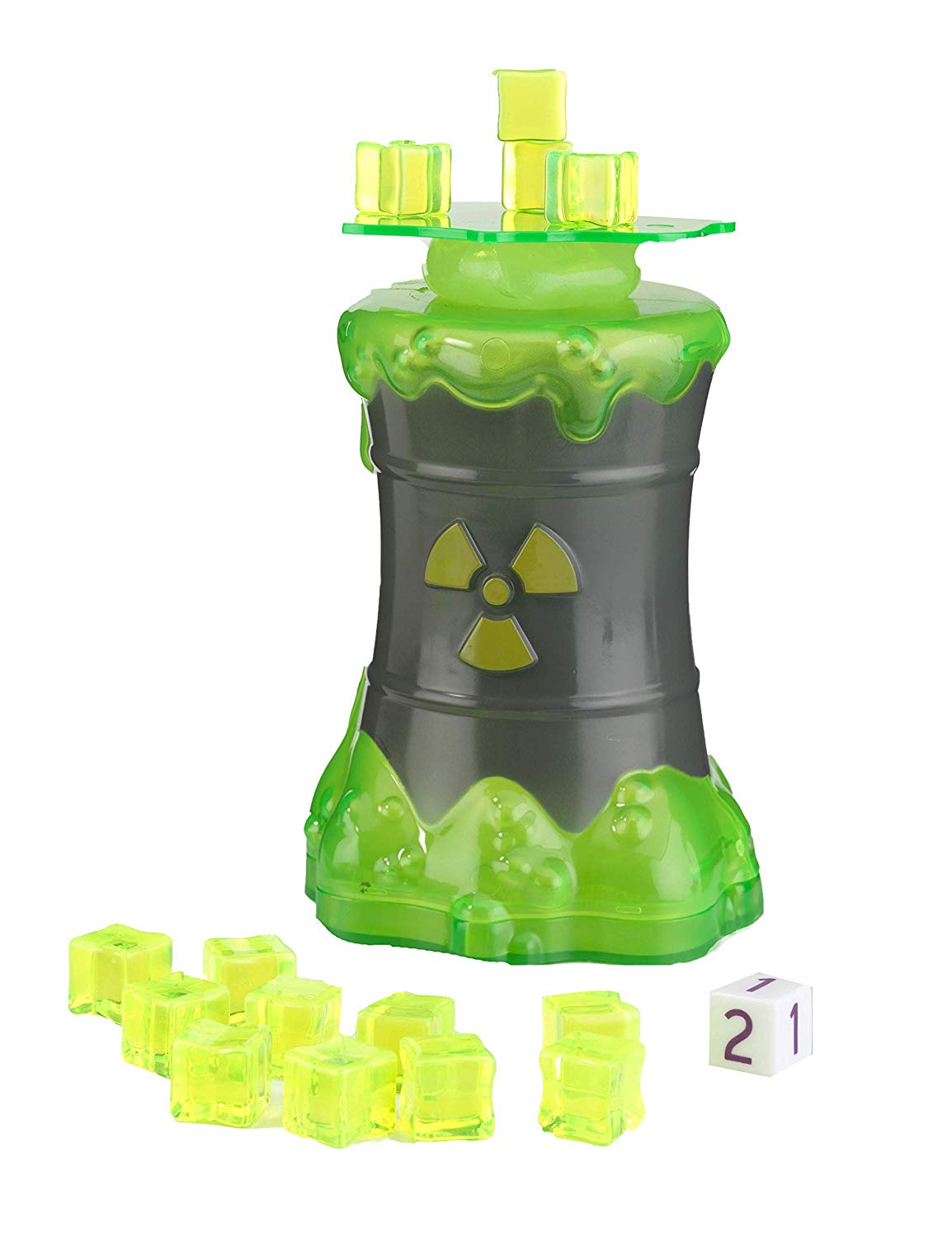 This game is perfect for kids (and adults!) of all ages, plus it goes fairly quick so you aren’t stuck in a two hour marathon like some games. Zero batteries, and the pieces are durable!

Cheers to playing with your friends and family and interacting with them IRL this season!

Disclosure: This post contains affiliate links, which means if you purchase something through my post, I make a small commission. It doesn’t, however, affect your purchase price. I am a Brand Ambassador for the Chicago Toy and Game Fair.