I have never been to a theatrical performance where the actors had to stop the show because the audience could NOT. STOP. LAUGHING. This phenomenon occurred at the side-splitting parody of “Hamilton,” and I was there to witness this feat of comedic greatness. 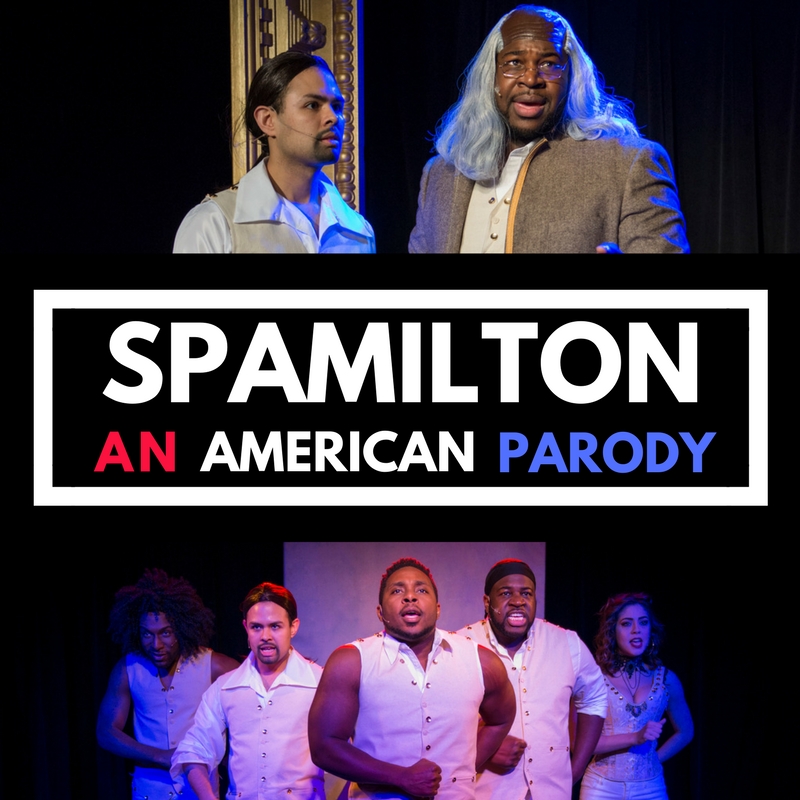 Spamilton is the off-Broadway parody of the smash hit Hamilton created by Tony Award honoree Gerard Alessandrinia. Fortunately for Chicagoans, is currently playing at the Royal George Theatre and just announced TODAY that they will host an open-ended run. How does Lin-Manuel Miranda, the creator of Hamilton, feel about a parody of his blockbuster Broadway show? “I laughed my brains out!” he says. He has already seen Spamilton multiple times, and I might just follow in his footsteps.

I had the honor of seeing the original Hamilton this past summer and fell in love with the clever, witty and talent-filled performance that graced the stage. Yes, it lives up to the hype. The verbal sparring and melodic masterpieces that Miranda brought to Broadway are unsurpassed. But can you get tickets? Probably not. 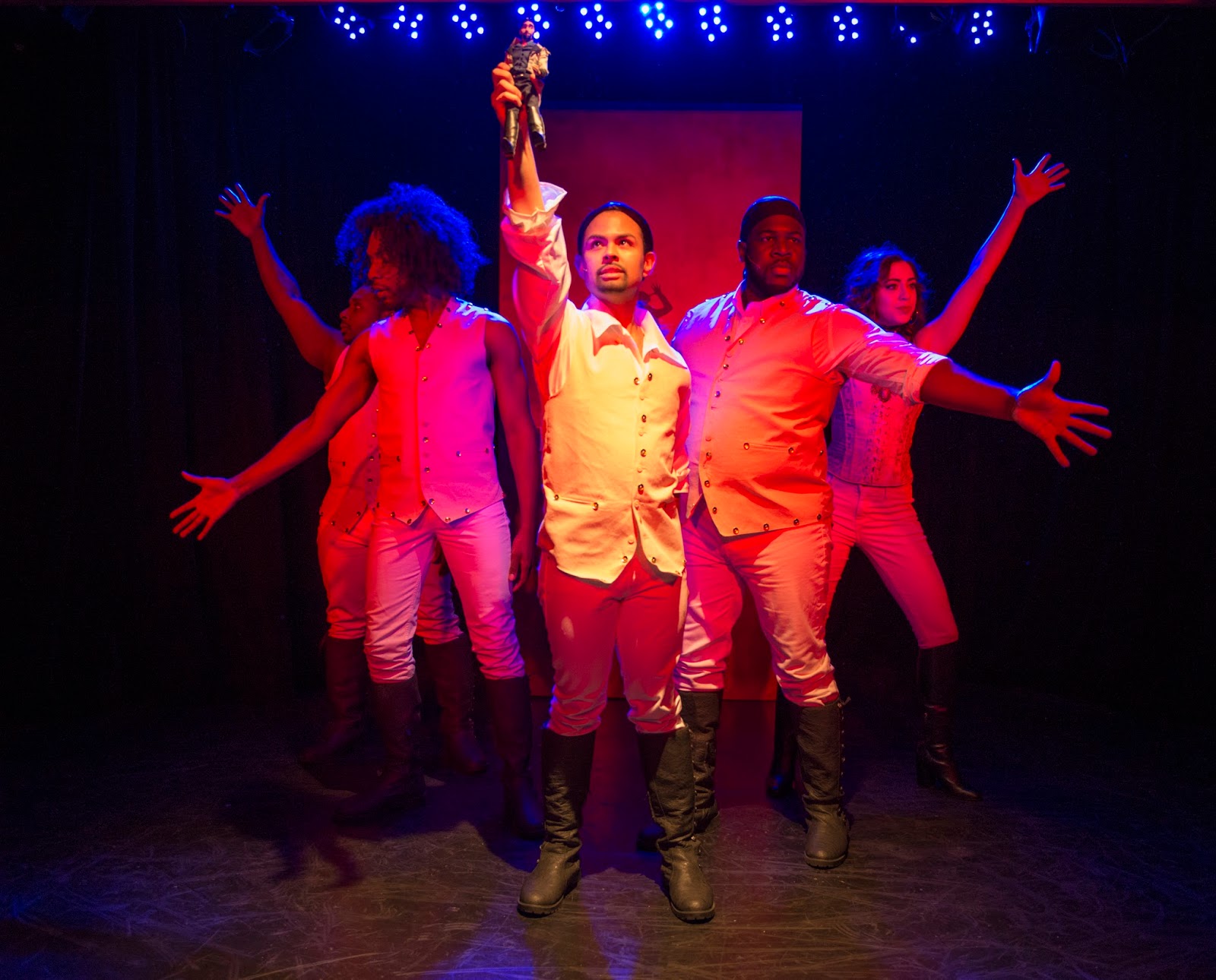 Spamilton is more of a musical for the masses. It is the equivalent of the Yard tickets at The Globe Theatre vs. Gallery seating. Incredibly entertaining, and you are fully involved in the show. (If you do visit The Globe in London, always opt for the Yard). It is as much a parody of Hamilton as it is of Lin-Manuel Miranda himself- the meteoric rise of both the show and its creator provide plenty of fodder for this reference-rich revue.

The show brings pop culture into the performance with both subtlety and in-your-face parody. For example, the photo below demonstrates this to a T: the artists are performing a little Beyonce move while clothed in white pants with a Spamilton star on their butt. 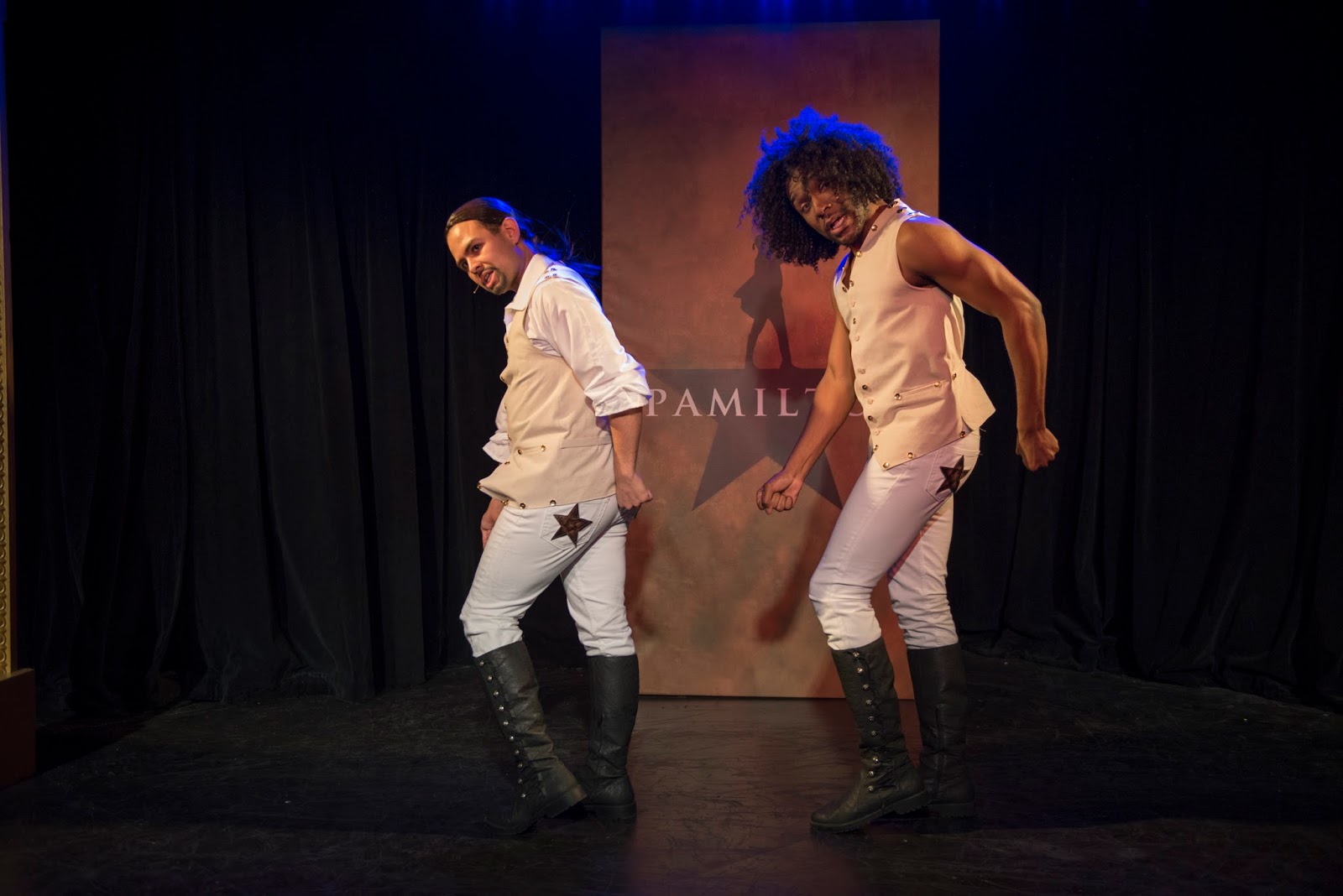 Michelle Lauto, the main female performer is this truncated cast, is a force to be reckoned with. Her voice and comedic timing is spot on- I can’t image performing on stage with two puppets who are supposedly my sisters and not cracking up. 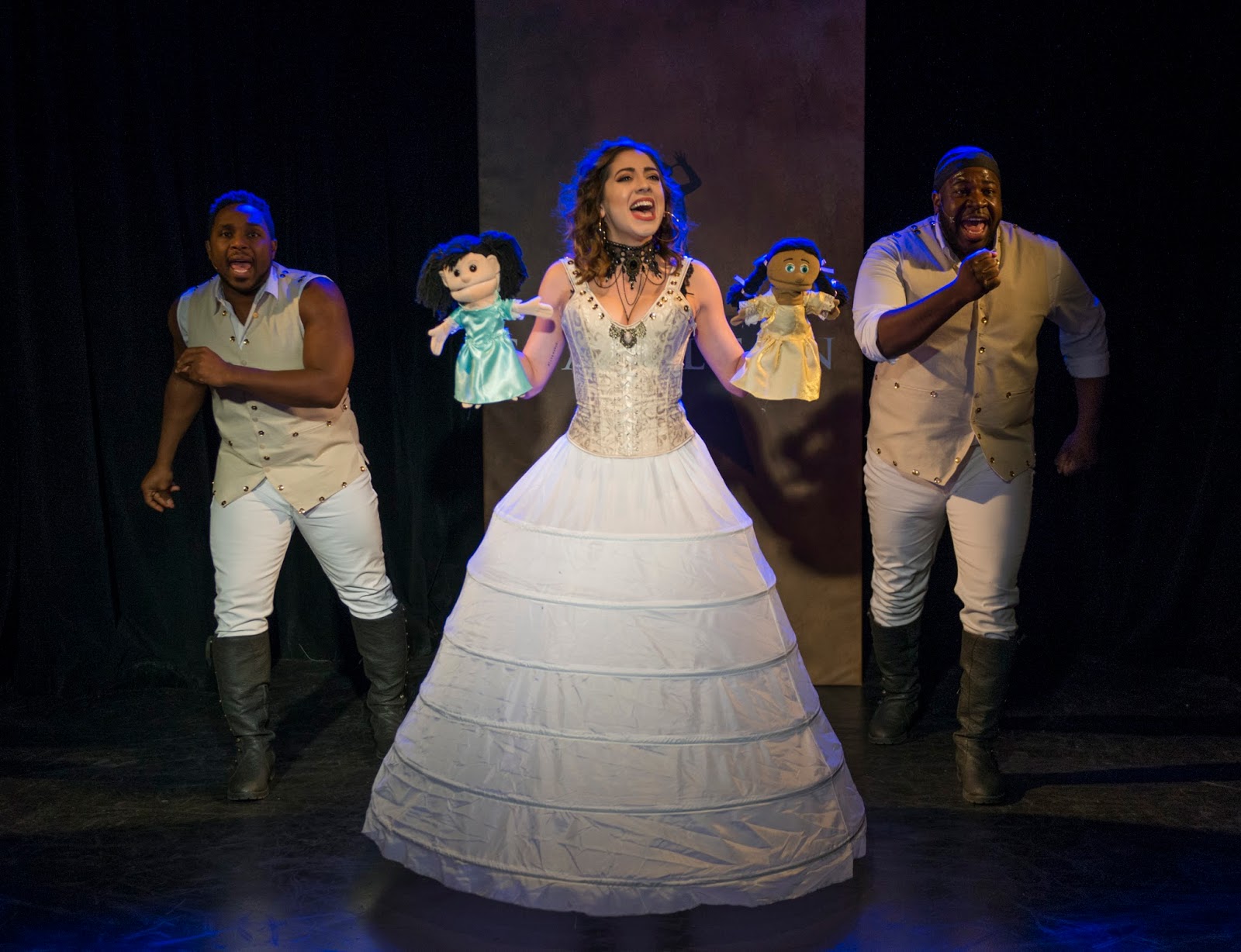 I am teetering on the edge of throwing out all the entertaining moments from this hilarious show, and saving some tidbits for you to discover on your own. The actors bring as much energy as the original show, and since there are less than ten performers total in the show (compared to over 30 in Hamilton) they need to be on their game. They nail it. 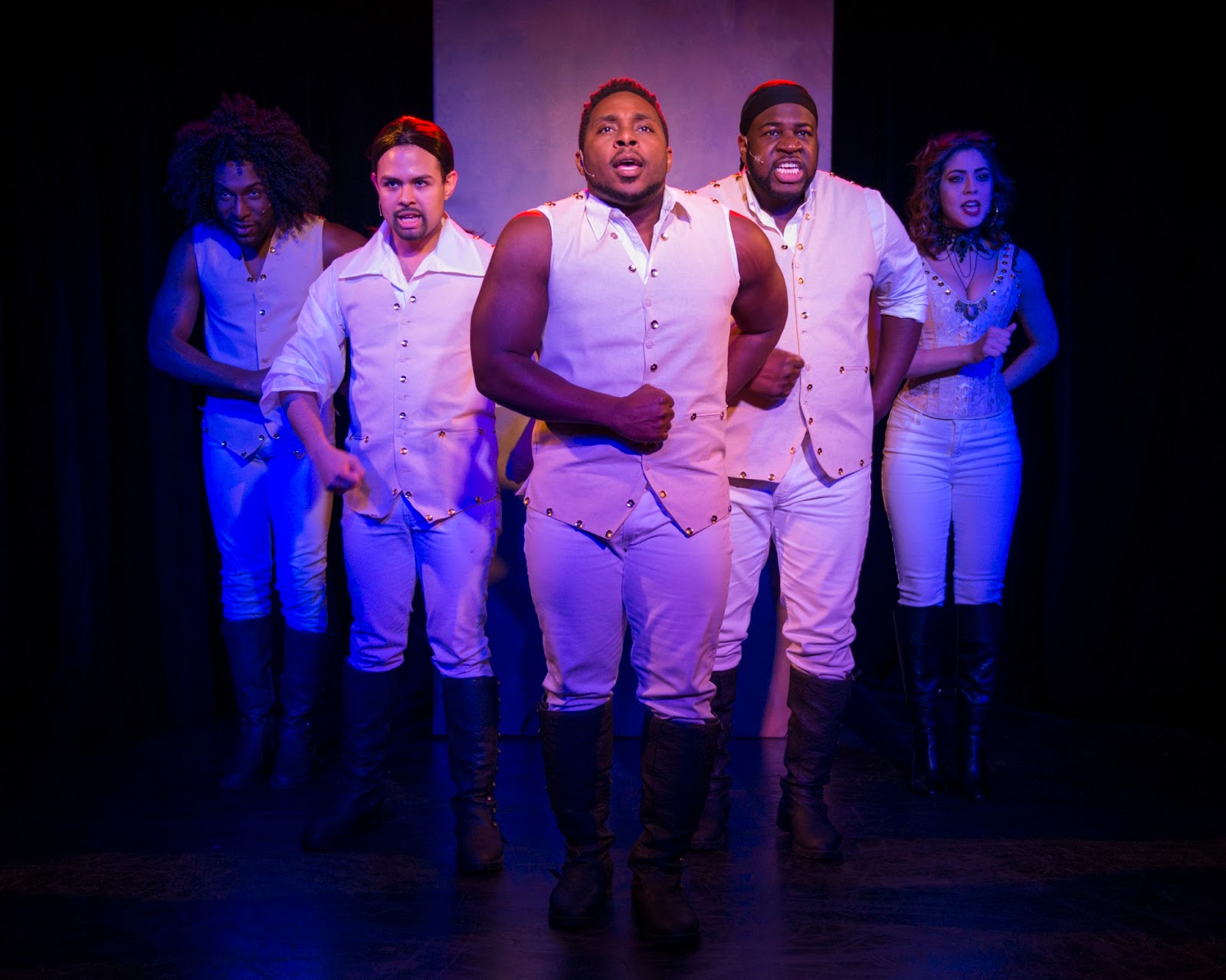 I saw the show with my mom who has not seen Hamilton nor heard the soundtrack. If you are in the same boat, I recommend listening to the songs prior to taking a seat at Spamilton in order to appreciate the references. 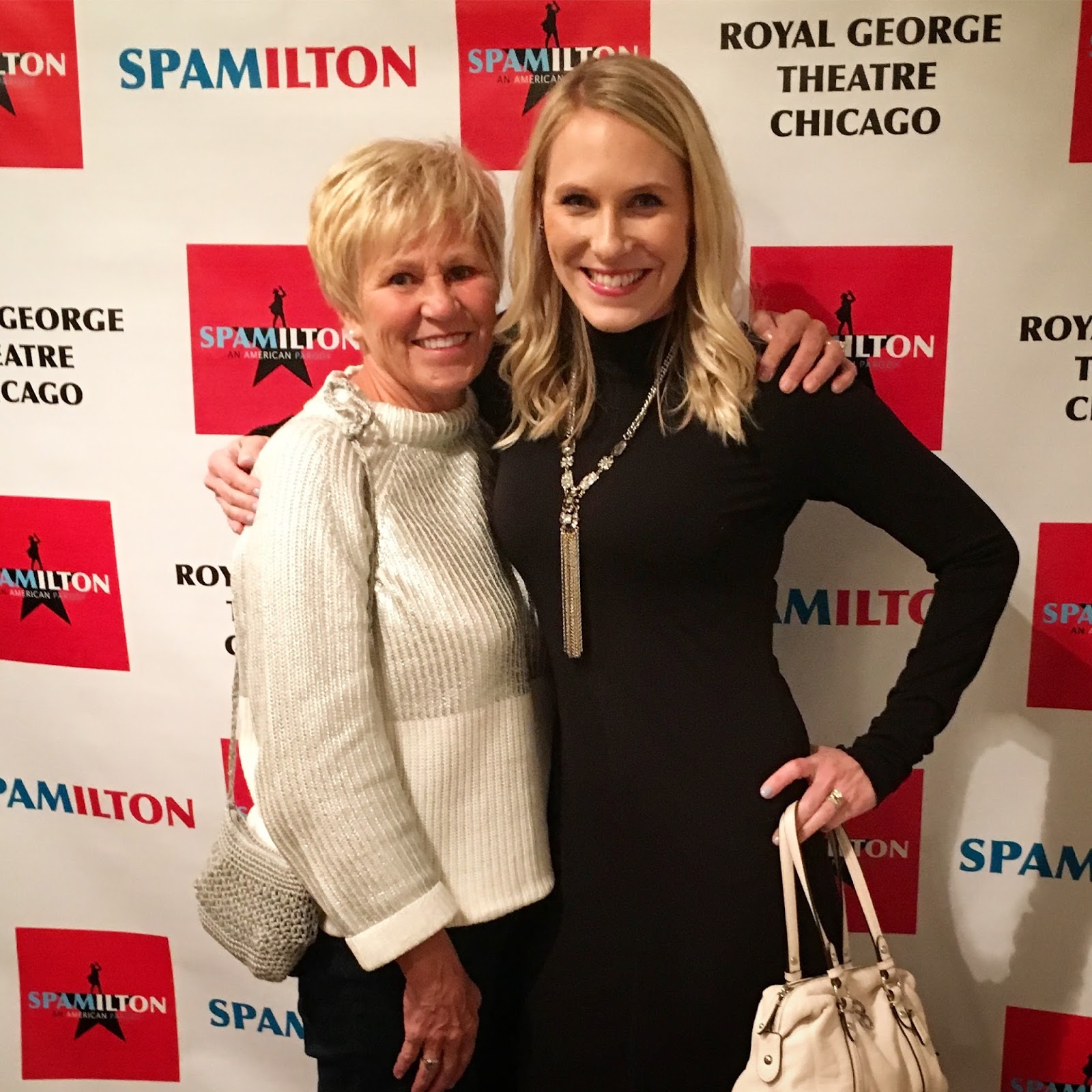 I highly recommend grabbing tickets while you still can- snag them on the Spamilton site here! Performances are Tuesday through Fridays at 7:30pm, Saturdays at 5pm and 8pm and Sundays at 2pm and 5pm.

Disclosure: I received complimentary tickets to Spamilton for review purposes. As always, all opinions are honest and my own. Spamilton photo credits: Michael Brosilow