I was a 4.0 student in college (mostly, except for that ONE semester where I had a little more fun that was necessary, but didn’t we all?). I was SO focused on getting a perfect score. Granted, I didn’t go to an Ivy League school or take advanced biochemistry, but when it came to tests I thought I had it covered…until I had to take the “test” for my little guy’s 1 year checkup. I freaked when I realized that his “score” wasn’t anything I could force no matter how much I prepared.

If your pediatrician has a similar set-up, you know the panic. They give you a clipboard at every well check with a list of skills (that you didn’t know your child was supposed to have) and you get to check the box: Yes, Sometimes, or “Not Yet” (gee, thanks for putting it kindly as opposed to just saying NO).

It is kind of like those tests where you got to check your own answers and “be honest” about the score you got…except that this test actually matters and the being honest part is for real. MY biggest (perfectionist) question is: WHY DIDN’T YOU GIVE ME THE QUESTIONS BEFORE SO I COULD COACH HIM?!? Maybe that negates the organic nature of developmental questions? There are a billion skills a child learns through their first year. I didn’t realize dropping two toys into a bucket consecutively was high on that list.

Before you panic, here’s some info to keep in mind: ALL CHILDREN DEVELOP AT THEIR OWN RATE.

Just because your kid isn’t spouting Shakespeare at 12 months doesn’t mean he won’t be the next Jay-Z and let you retire early. 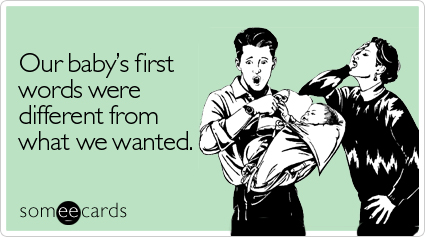 Just because he isn’t running mini-marathons doesn’t mean he won’t give Michael Johnson a run for his money (yeah, there’s a pun there). 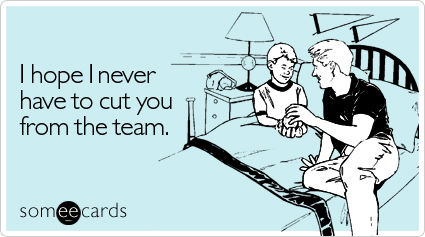 Just because he can’t simultaneously tie his shoes, spout HTML code, and calculate the time value of money doesn’t mean he won’t turn into the next Mark Zuckerberg (wait, do you want that?!). 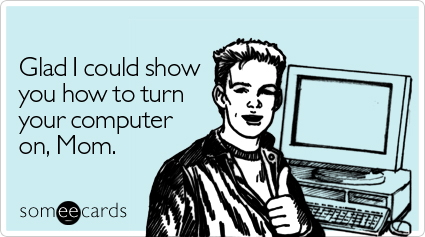 If your child is relatively happy and healthy, just be thankful and keep kicking ass as a mom (or dad)! 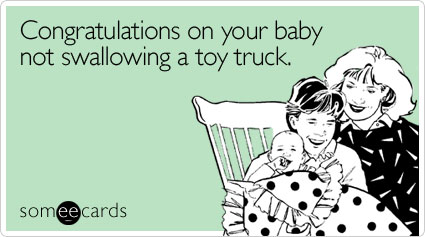