Raise your hand if your children know who Mr. Beast is. How about Preston? Flamingo? If your kids haven’t been swallowed up by YouTubers or social media stars, cheers to you. But for the rest of you raising your hands, probably in a slightly shameful way with a major sigh, you know the feeling. What if you could take this obsession with video and turn it into something incredibly productive and creative? That’s where Velocity Video comes in- with video production for kids. 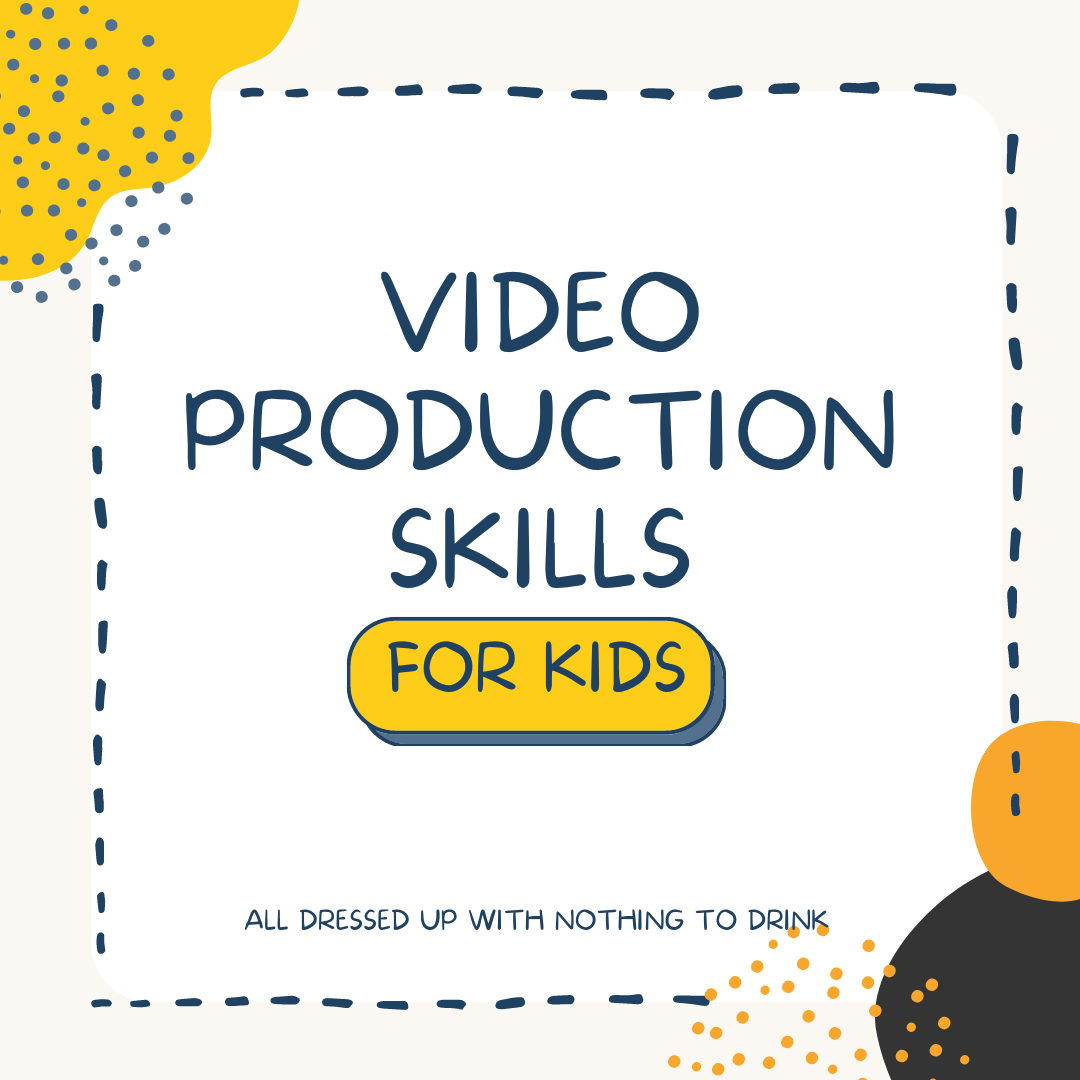 Velocity Video is a school for kids ages 8-18 that offers video industry technical training from a team of pros. This program is the brainchild of Thatcher Kamin, Owner/ Executive Producer of Taste Media Group– servicing clients since 2010 for their video production, motion graphic, and live streaming projects.

My kids and I sat down with Thatcher to get a better understanding of why he created Velocity Video, and how he could see it benefit kids like mine who are fully immersed in the video culture but in very different ways. As a parent, I tend to see video as too much screen time and the narcissistic aspect of creating content for social media. Thatcher was able to have a discussion with my children and me about how we use screens and see them as a tool instead of purely entertainment. 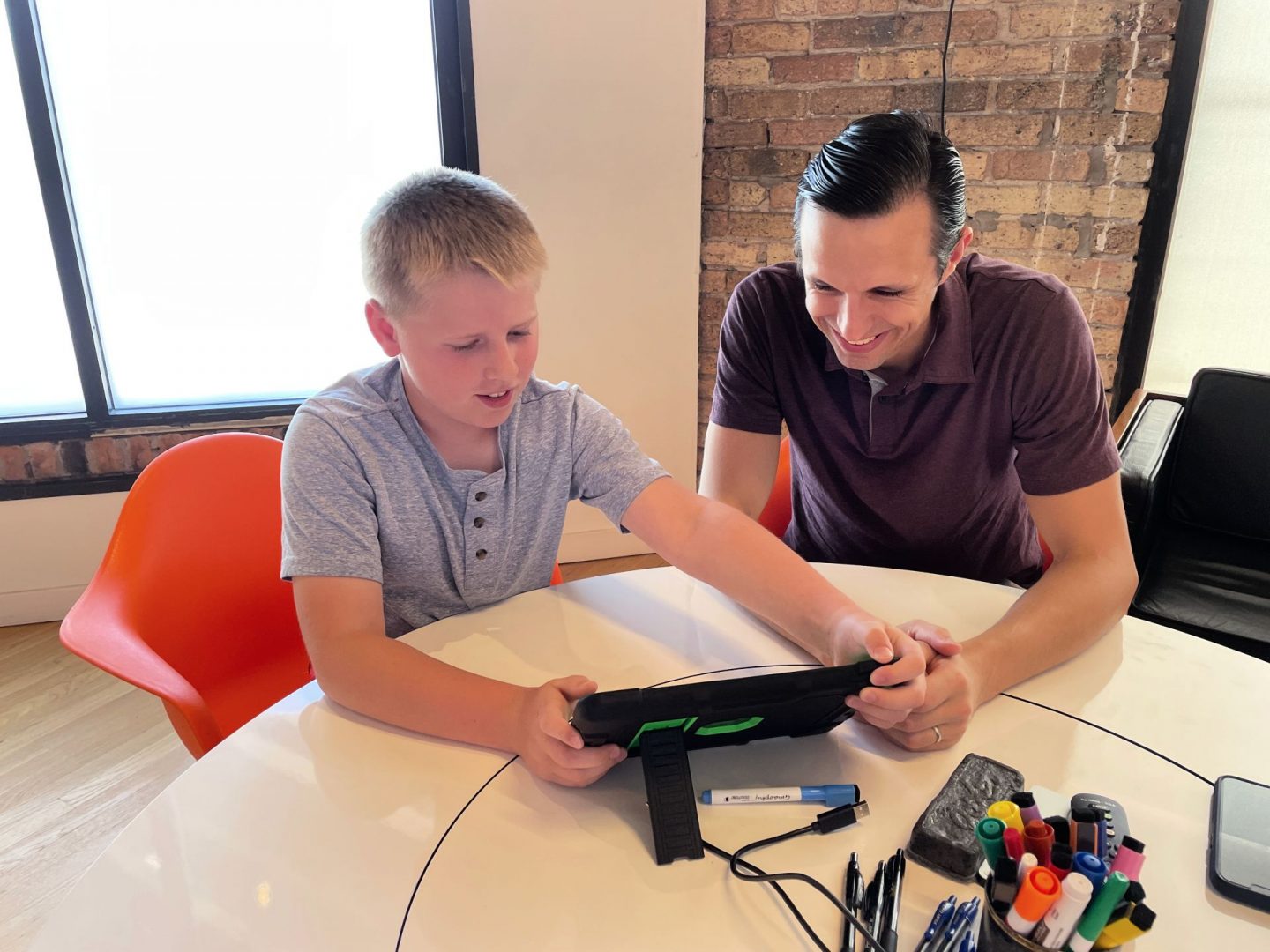 My 11-year-old already has the bug for video production but doesn’t have the technical skills or equipment to truly grow. He created a video for his birthday party this month to share with his friends. Using iMovie and screen recording, he pieced together a narrative about Marvel and the Infinity Gauntlet.

My 8-year-old daughter is more interested in TikTok dances and post-production. She loves to overlay her videos with graphics and text, as well as add special effects and sound modifications. She is also interested in creating educational how-to videos that revolve around crafts and baking. 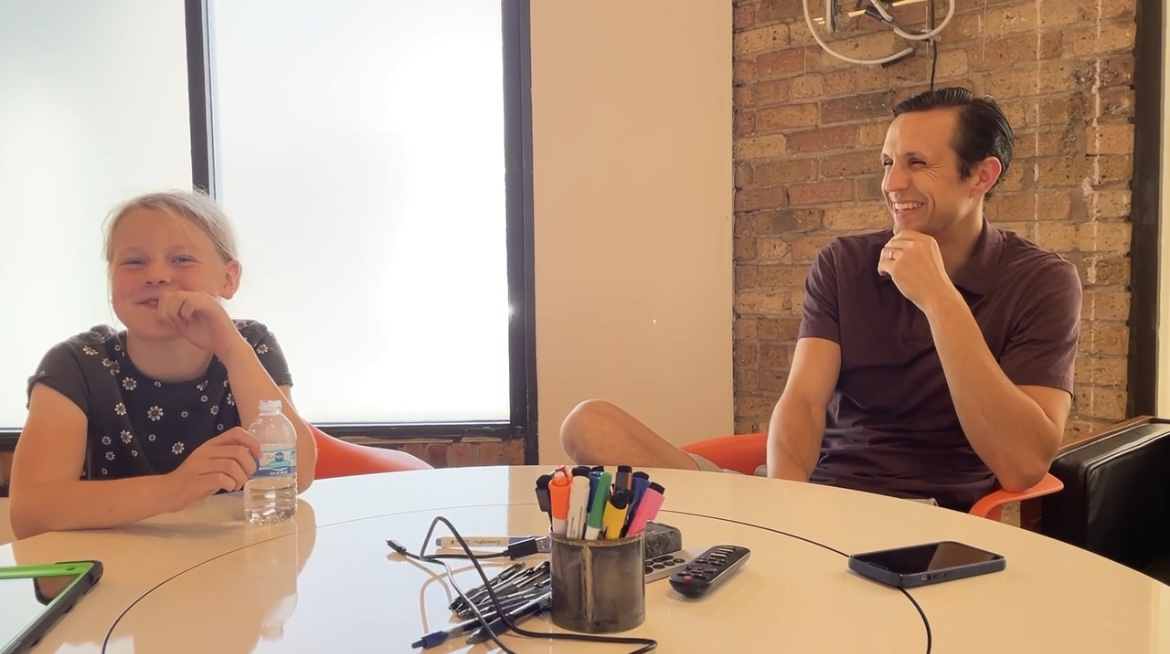 The idea for Velocity Video came about when Thatcher was talking with his niece. They were having a discussion about what she wanted to be when she grew up, and she told him she wanted to be a YouTube Chef. He clarified, asking her if she meant a Food Network star. And she responded, “What is Food Network?” She then showed him who she watches on YouTube, and the gears started turning in his head. Video production for kids can be a part of their existing interests!

His Taste Media Group clients view YouTube as a marketing platform, but our children view it as a diary of sorts. They like to have a conversation with the camera. The issue he sees is that kids aren’t as focused on creating something outside of themselves, it is so focused on them. The performative and feedback-based aspect of social media is tough, and for brains that are still developing, is something that can be detrimental. 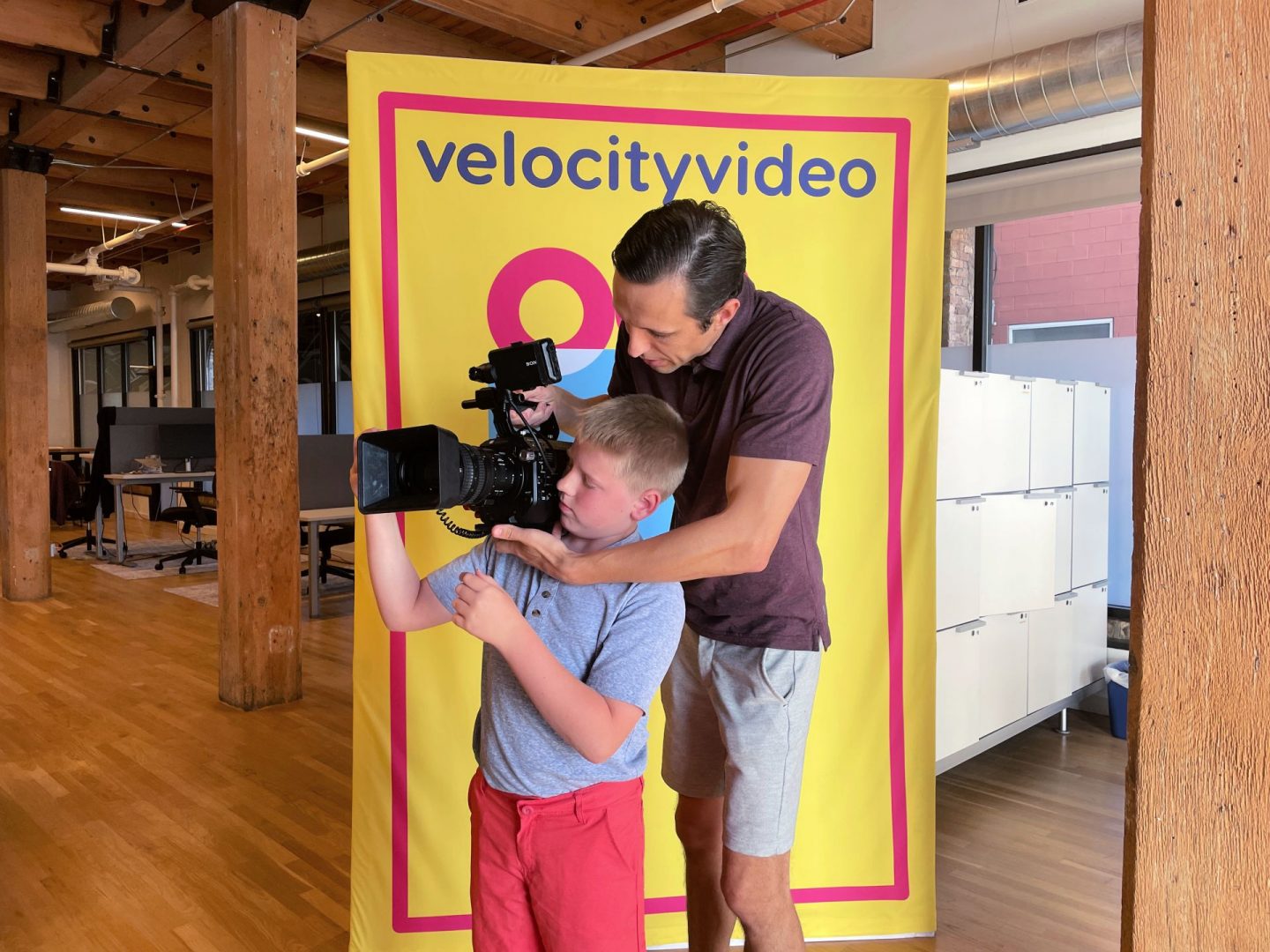 One of his goals is to reshape the conversation of video and screens and introduce an educational, creative, skill-building endeavor that can stay with kids for life and possibly provide a career path. He made a good point- with video, the platforms are constantly changing, but the process of making videos is going to stay pretty much the same.

By giving kids a solid foundation in the mechanics and processes involved in video production, they will have a huge advantage over those who are just getting into the industry after they graduate high school. With video production having a projected 18% employment growth through 2029, I would say this is a worthy investment! There are so many extra-curricular options for kids in sports, music, and theater, and this is an option to expand your children’s current interests in a way that is educational and can potentially lead to a career they love. 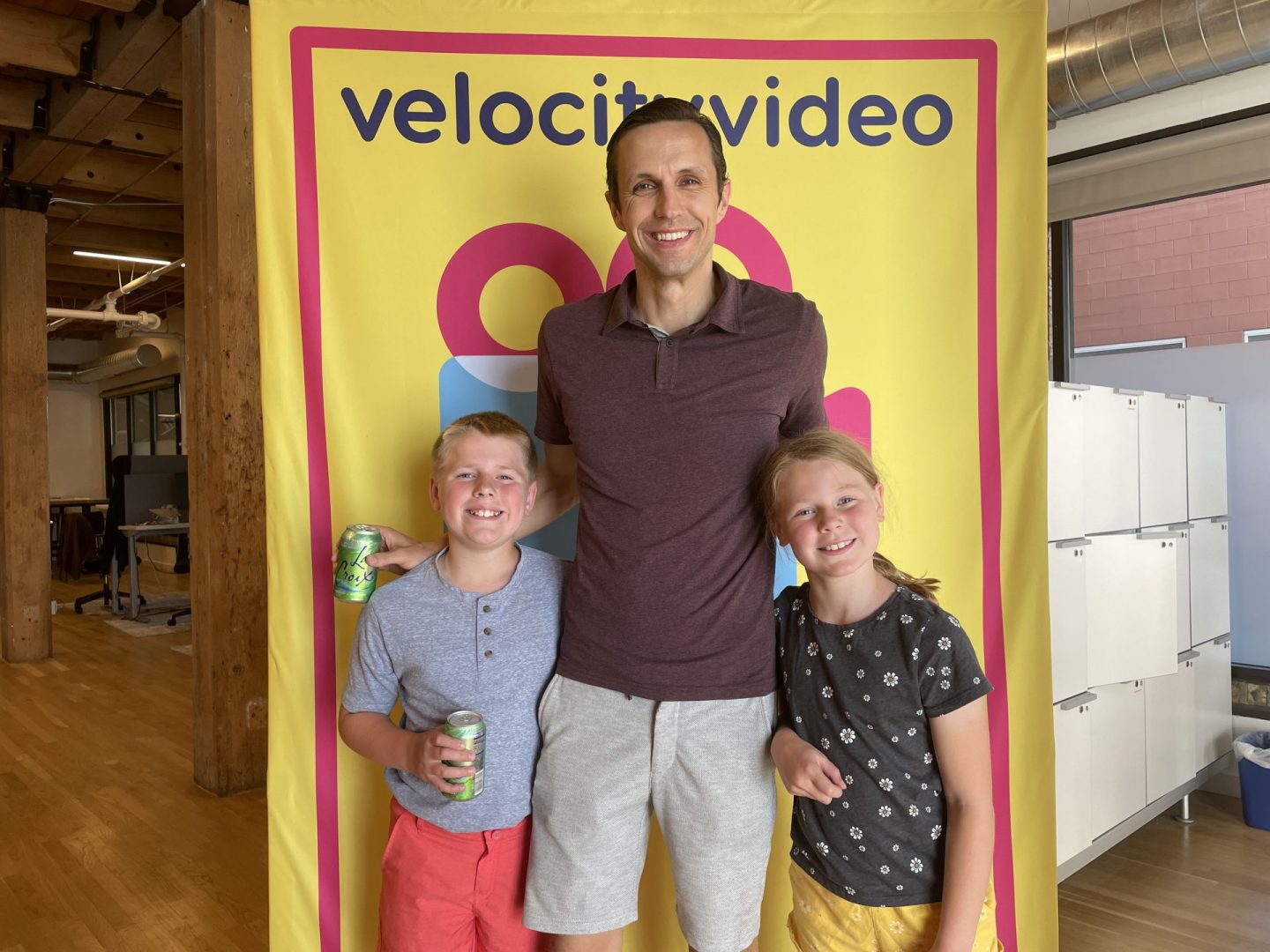 The first course starts in July and will be located in the Lincoln Park area:

Cheers to finding ways to explore your children’s interests and create an incredible learning experience around them!