I recently attended the Chicago Toy and Game Fair, which is by far my children’s favorite event of the holiday season. Imagine every toy and game company in one location, letting you test out their latest and greatest inventions. Yep, child heaven. 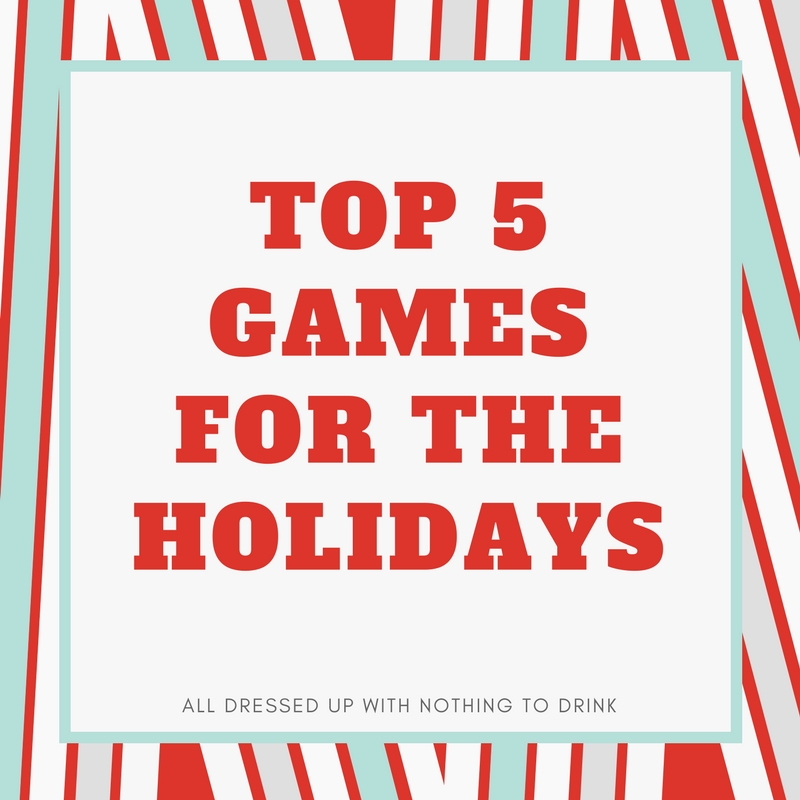 To me, games are the perfect gift to give for the holidays- they enable families to connect, communicate and enjoy each other’s company. They are truly the gifts that keep on giving. I am rounding up my top 5 games just in time for gift giving inspiration!

For the rambunctious kiddos who can’t sit still:

I honestly want to tell my kids to run around the block a few times to tire them out. In fact, my husband told me that he was instructed by his mom to do that very thing when he was younger. If your kids aren’t the “let’s sit around and play FIVE HOURS of Monopoly harmoniously,” I have the game for you. 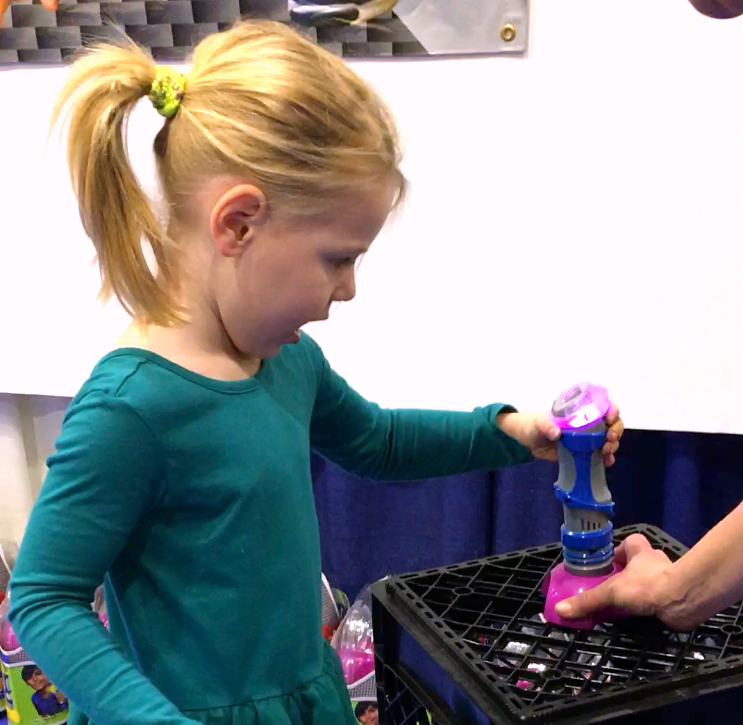 Ultra Dash is a fast-paced electronic tag-type game. Players race with a “tagger” wand to match the color of the flashes with the targets. There are three types of game modes: Beat the Clock, Target Tally, and Relay Race. BOTH my 3 and 6 year old played this game at the Toy and Game Fair, and have requested to play multiple times at home. This game can be played inside, outside, in the dark, at the park….you get the idea.

It is so popular Amazon keeps selling out of their stash! I am sure they will get more in- click the link here to find out.

For the kids who live life in the spotlight or want to crack out of that shell:

My son is taking acting class, which is incredible in terms of self-esteem and confidence. The game Utter Nonsense feeds into his love of all things improv and being goofy. Players combine silly accents and hilarious phrases to create sayings that are voted upon by the Nonsense Judge.

I love that this game can be played anywhere, anytime. Waiting in line? Pull out a few cards. Waiting for food at a restaurant? Utter Nonsense to the rescue. Warning: There are two versions- family and naughty. Make sure you get the correct one for your crowd!

For the kids who love to be inspired…or just love pirates:

My son entered the Young Inventor’s Challenge at the Toy and Game Fair this year, and it was one of the most monumental things in his life to date. Inventors age 6 and up create their own toy or game, and it is professionally displayed and judged. Although he can’t read or even write well, we spent hours crafting a game board, rules, and cards together. I highly recommend entering next year. 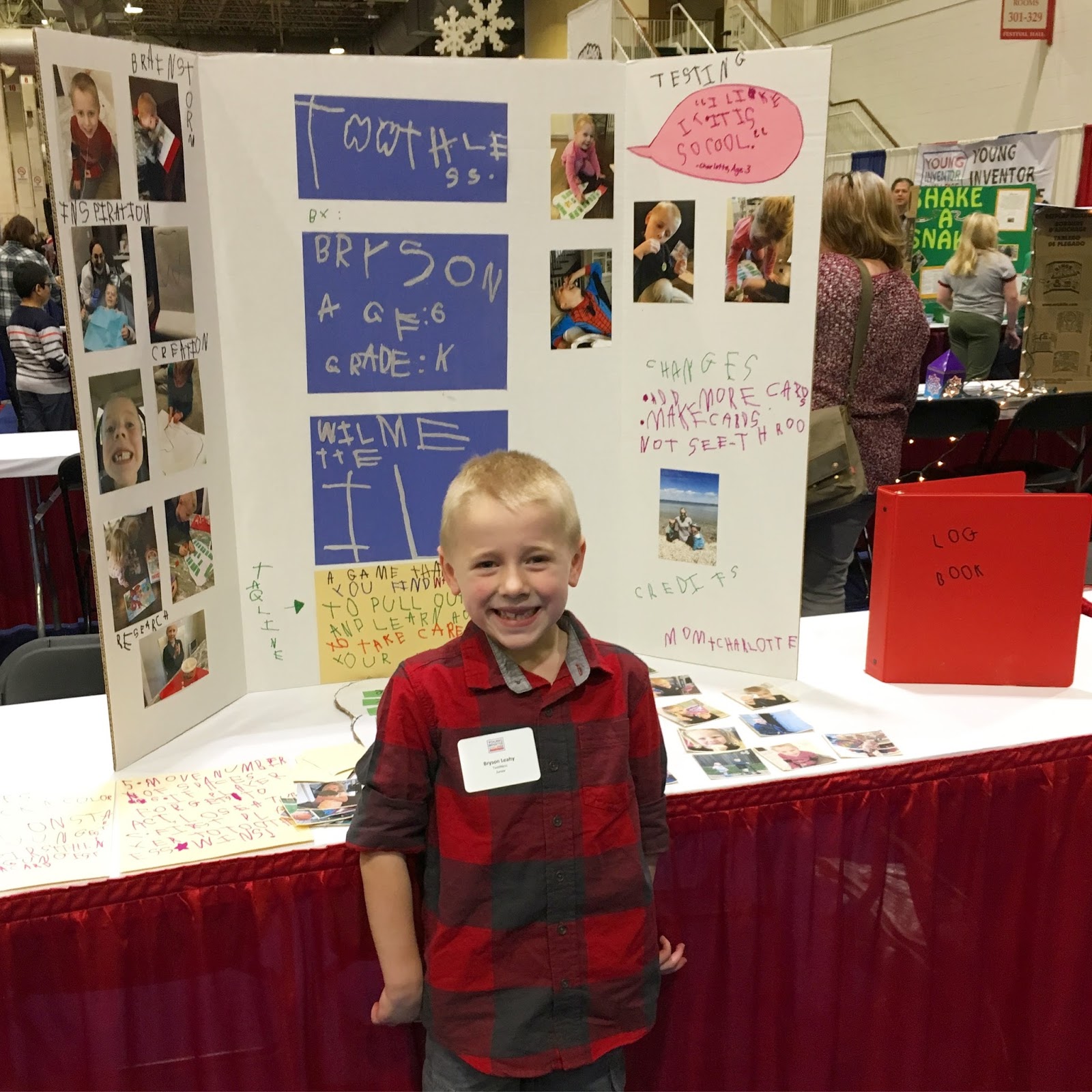 Last year, two ten-year-old girls won the competition and now have their game on the shelves of Target. What a wonderful story of inspiration and creativity! Ship of Treasures is a game that revolves around buried treasure, trapdoors, enemy pirates, and cannonballs.

For children who often speak before they think and love to blurt stuff out:

My kids are champions at blurting out (often inappropriate) words or phrases. My daughter’s favorite? Pachina. Not going to even decode that one for you. *Sigh* 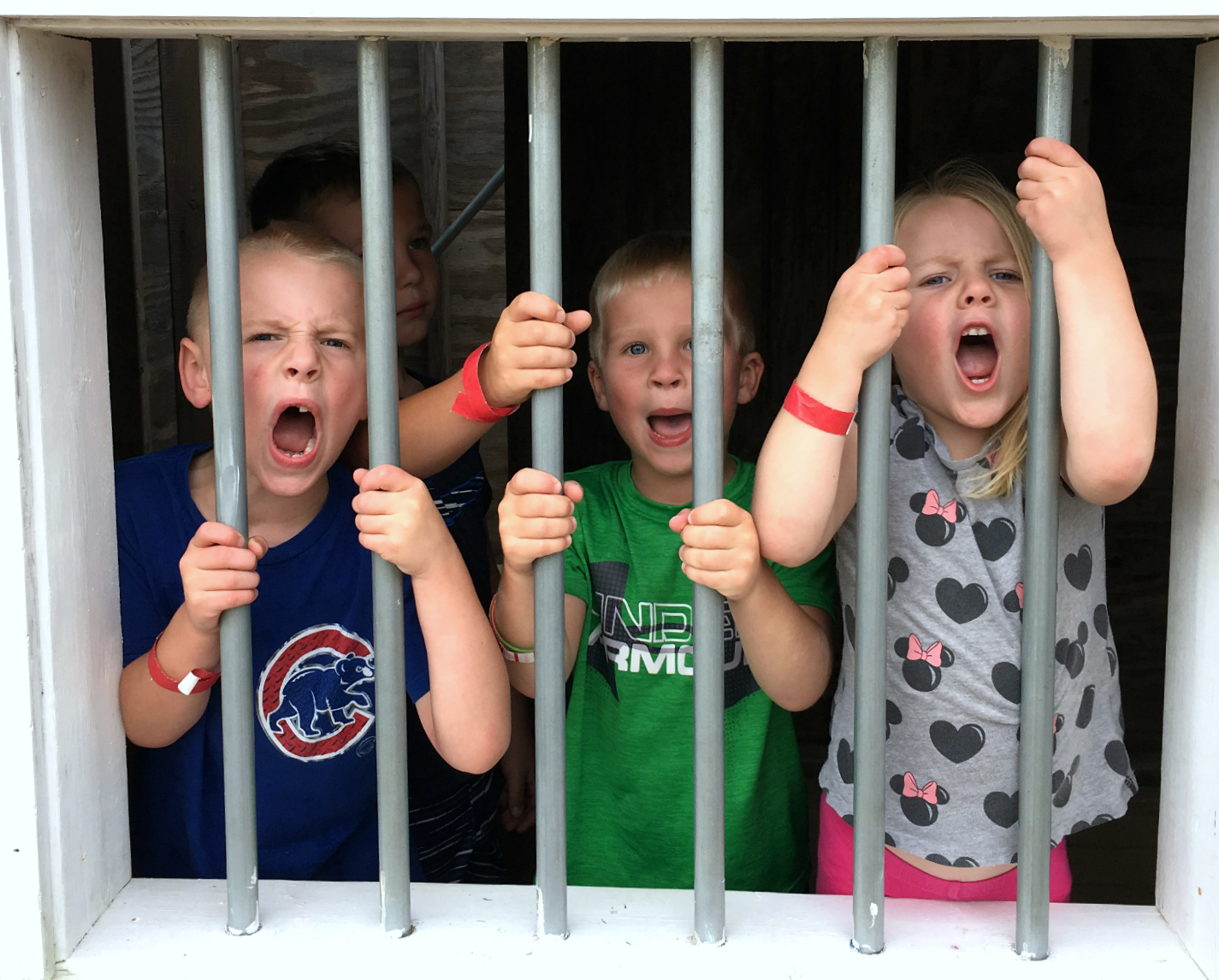 Snap Shouts is a game where shouting things out is encouraged, and you WIN when you do it. You write one-word captions for the pictures on the cards you are dealt. Other players try to guess your word with only the picture and the first letter of the caption.

For littles who love knocking stuff over…but have parents who want them to sit still:

Remember flicking those little paper footballs in class? I passed many a boring lecture that way. Ok, so apply that concept to a board game and you have Ice Cool, which is the most awarded kids game of 2017. Even my 3-year-old was able to master the penguin flick, although the game is designed for kids age 6 and up. See it played here; the storyline is that errant penguins are trying not to get caught running around their penguin “school.”

I could not pull my kids away from the booth- they were obsessed with flicking penguins and knocking into the other players. The design of this game is incredible- the boxes nest inside each other for storage but attach to make a playing field. 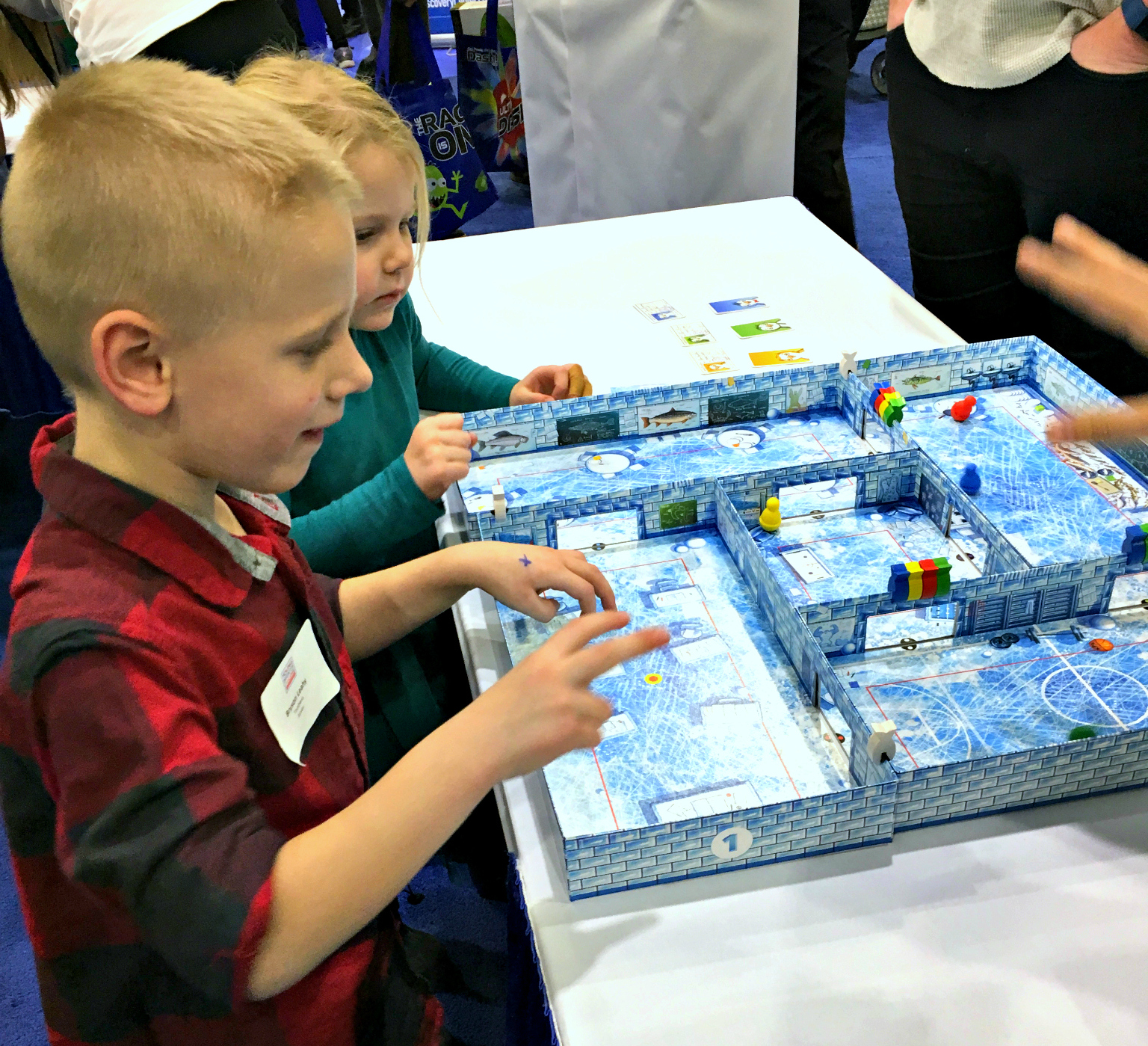 What are your favorite games? Do you have family game nights?

Cheers to connecting with the family and LOTS of laughs throughout the holiday season!