Can you forgive someone without an apology? What if they aren’t sorry for the actions they took, for the crimes they committed, for the feelings and emotions they so carelessly trampled upon? Is forgiveness still possible, and more importantly, how and why should you enter into the process of forgiveness that involves them? I have been studying the slippery, enigmatic topic of forgiveness for years now, and these are my thoughts and discoveries on the art of forgiveness. 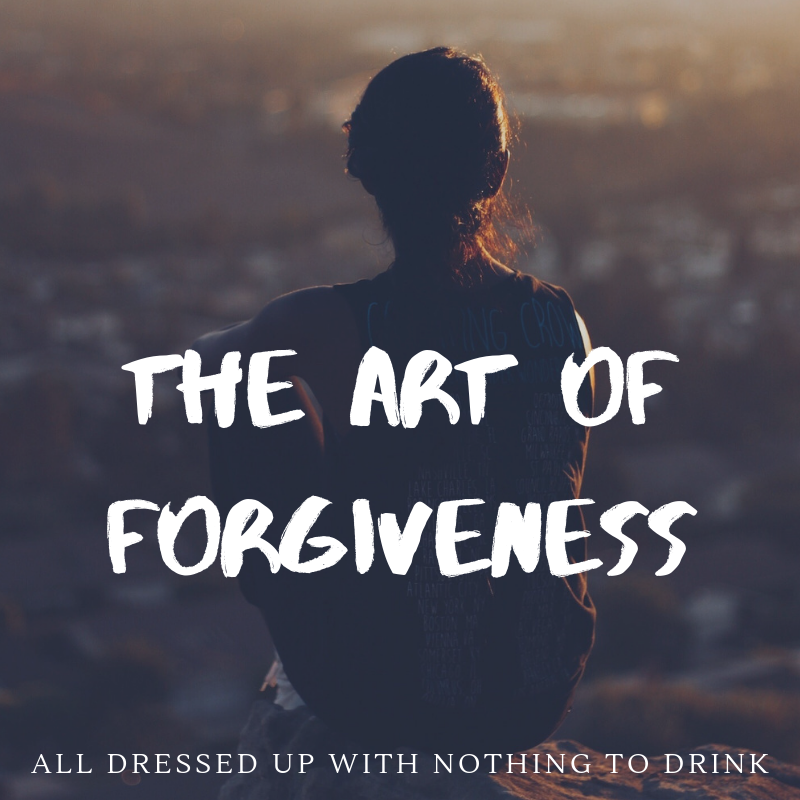 It all started when a rift in a life-long relationship occurred and I was deeply wounded by someone I loved. I was FURIOUS, and I held onto this white-hot rage for a long time. The hurt absolutely ate me up, I simply could not understand how their actions toppled other relationships like dominoes and they seemed to not give a damn. It was at this point, the point where my anger had bubbled up like a volcano and continued to poison my thoughts in many areas of my life, I started down the path to forgiveness. I realized that this feeling of injustice, utter bafflement, and fury did not serve me at all. It didn’t matter to this person that I was angry with them, it wasn’t going to change their actions or mind. The only thing these feelings were doing? Keeping me solidly rooted in the past and unable to create a joyful future.

My first step in forgiveness was an attempt to understand this person’s actions and motivation. I thought if I could just UNDERSTAND why they did what they did, I would be able to truly forgive them. Turns out, this person did not want to offer an explanation, and whether they didn’t think I deserved one or they simply did not know what the explanation was, I will never know. And I had to start that process of forgiveness all over again.

I am going through a similar situation currently, which is why I am writing this post. I am exploring what forgiveness means to me, and how I can forgive what happened without absolving people of their inappropriate actions. Forgiveness doesn’t mean you condone what someone has done. Forgiveness is a gift you give yourself– you are freeing yourself of those negative emotions and destructive, toxic feelings that surround your experience with the individual and situation. You might never be able to understand why they did what they did, and you have to be ok with that.

This is the part I struggled with the most. How can I forgive someone if they don’t apologize? If they aren’t truly remorseful for their actions? And how do I completely repair a relationship after such a devastating tear has occurred in the tapestry of our history together? Again, I had to realize that forgiveness does not mean you are saying their actions were ok, that if it happened again you would accept that treatment in the future. And forgiveness does not mean that your relationship will exist in the same capacity- it might simply not continue to exist at all.

I found this quote which helped me realize that forgiveness is embracing the present instead of dwelling on the past:

“The act of forgiveness is the act of returning to present time. And that’s why when one has become a forgiving person, and has managed to let go of the past, what they’ve really done is they’ve shifted their relationship with time.” – Caroline Myss

I was listening to Oprah’s Super Soul Sunday podcast today with Shaka Senghor, who was imprisoned for 19 years for murder. Since his release, he has explored the topic of forgiveness, both his own and forgiveness of those who affected his life. He was the product of a difficult upbringing, and decided to leave home at the age of 14 and start selling drugs to support himself. During a drug deal, Senghor shot and killed another young man and was sentenced to 40 years in prison. In prison, he had to face his past, his present, and the future of dealing with the emotions of taking a life from others who loved the victim.

Here are a few quotes from an interview he did with Guideposts that truly resonated with me:

“…recognizing there’s a certain grace you’re extending someone when you forgive them and also when you’re accepting forgiveness. It’s really being conscious that you’re forgiving with no expectations of the person’s behavior being anything other than what it was when you were injured in the first place. That’s when you know you’re ready to let those things go.”

You need to have zero expectation from the other person when you start to forgive. It is all about YOU.

“Forgiveness doesn’t necessarily mean that you have to continue to interact with the person. It means that you’re freeing yourself from the negative energy that holds you hostage.”

Again, this is about you and healing yourself, and releasing the negativity that surrounds your connection to that person.

Also, in his conversation with Oprah, he states that forgiveness is a process and I fully believe this to be true. Although I have forgiven the person who hurt me, I did not wake up one day and flip that forgiveness switch from off to on. I had to realize that hurt people hurt people, and although I would probably never understand how or why this person was hurting, but I was eventually able to let go of my connection to that hurt.

I truly hope you are able to find forgiveness in your life, whether it is forgiveness of yourself, or the ability to forgive others. Realize that it might not happen overnight, over the course of a month or even a year, but if you work through the process it will come eventually, and the feeling of potential peace is worth the effort.

Cheers to living a more loving, peaceful, forgiving life (even if it seems impossible at times!).