In the 50s and 60s, it was unimaginable for a comic to employ phrases like “I’m F*$%@ng Matt Damon” on a national scale and describe her sexual antics with the actor. Yet, years later, Sarah Silverman broke the laugh track with her infamous appearance on Jimmy Kimmel Live with this very skit.  But…how far have we truly come? Freedom of speech, its interpretation, and the essence of what it stands for have been challenged as of late, particularly with Dave Chappelle’s recent Netflix special The Closer. The latest show at the Venus Cabaret Theater, I’m Not A Comedian…I’m Lenny Bruce, does what truly excellent performances do- they open up new paths, connections, and considerations in the mind. This show is both an education and a catalyst, one that I believe is essential for audiences at this moment in time. 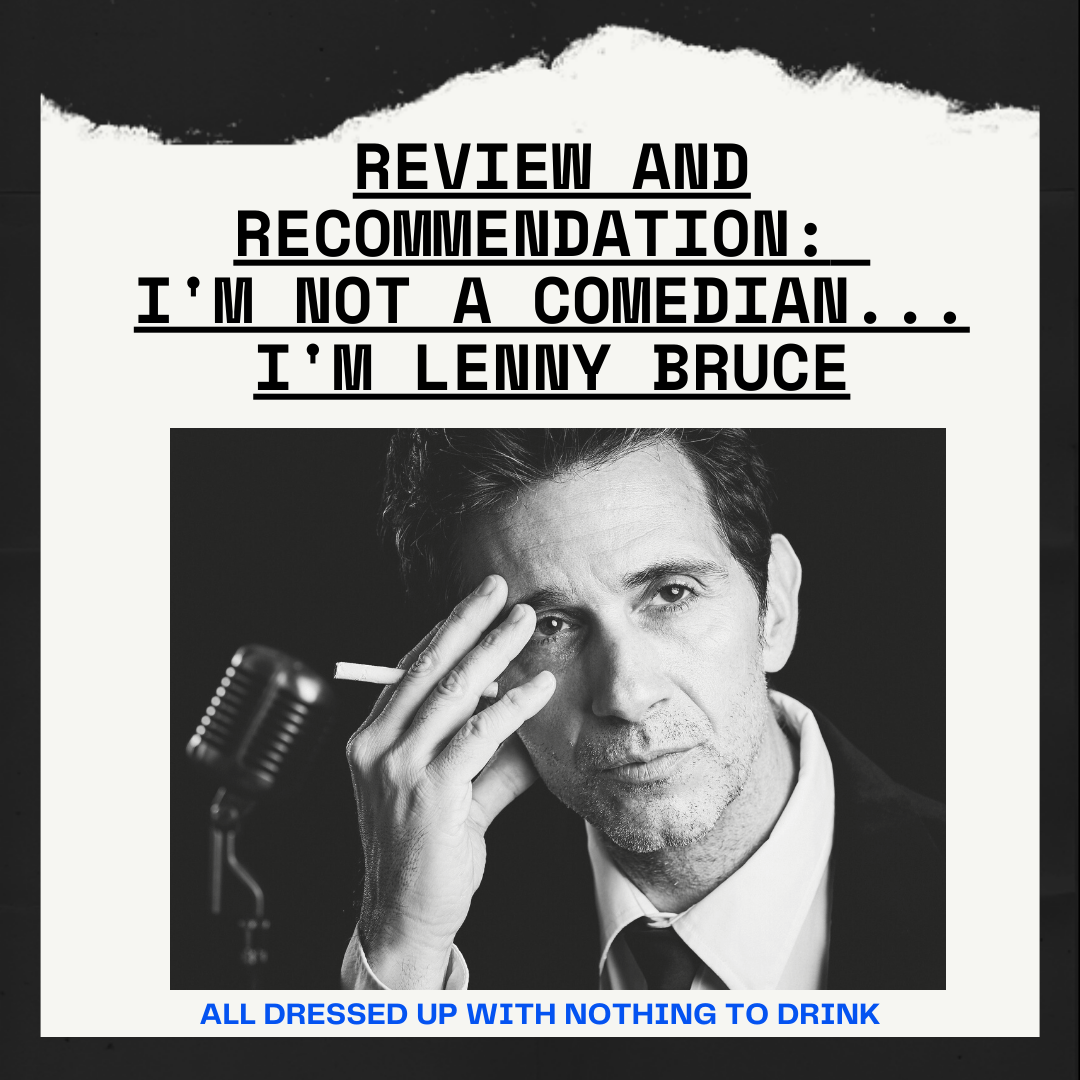 This one-man play was written by and is performed by Ronnie Marmo, whose motivation on this project stems from the belief that Lenny Bruce is the “voice this country needs right now.” Marmo points out that “In the 1960s, he exposed many of the ‘untouchable’ subjects that are in the news again now: religion, racism, immigration, xenophobia, gender inequality, sexual identity, the criminal justice system…So here we are, over 50 years later, all of the issues Lenny was fighting for are still so relevant and even radical. In certain ways, we’ve progressed since Lenny was with us, and in many, we have regressed.” It is directed by actor Joe Mantegna, whom you might recognize from his roles in film, TV, and stage (I’m a fan of his character David Rossi on Criminal Minds). 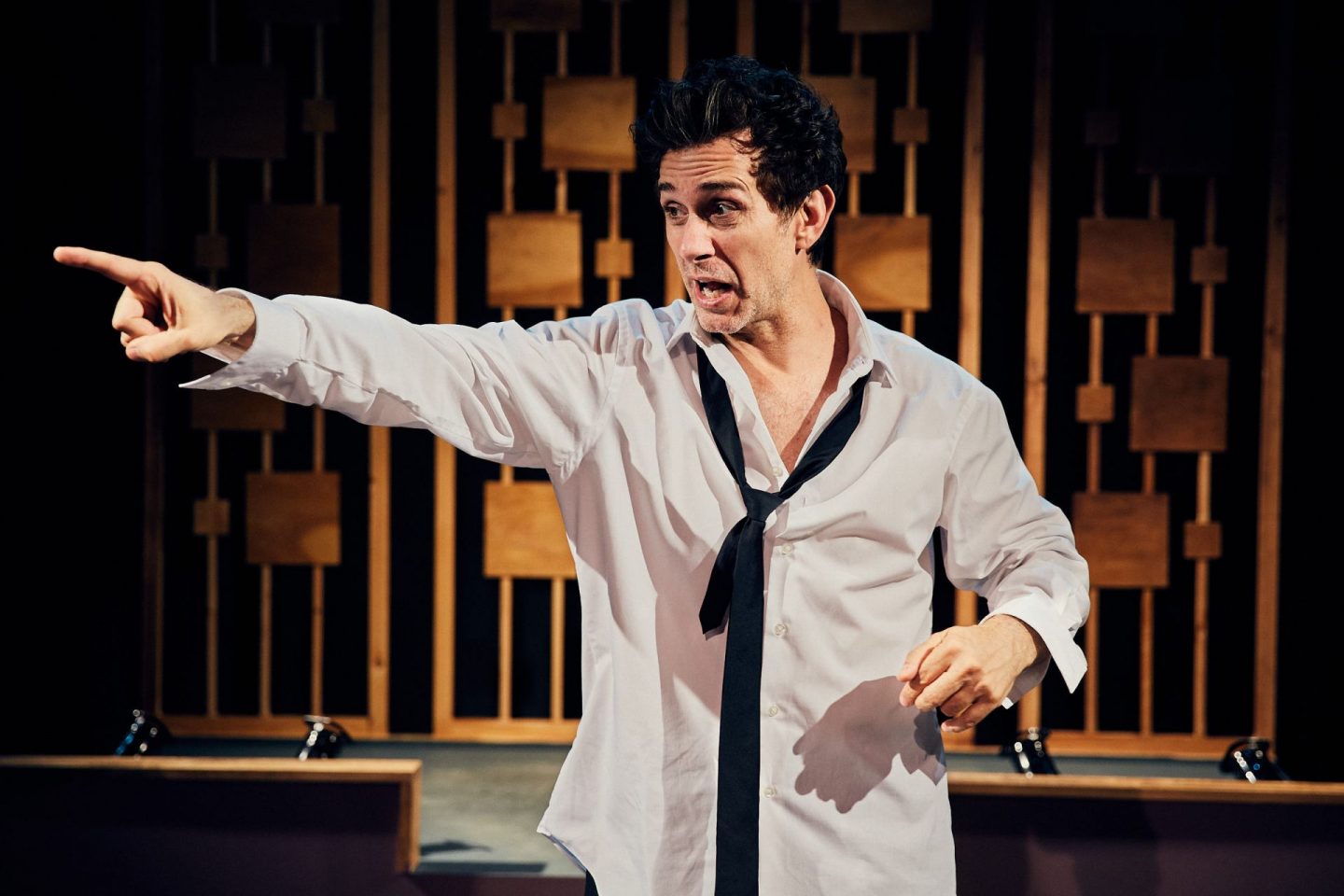 When you pull up the website to purchase tickets and learn more about the show, www.lennybruceonstage.com, you are immediately met with a familiar hand gesture and warnings of explicit language, mature content, and nudity. Bruce was never shy about his act and the contents inside, and this show is unabashedly upfront about the raw, expressive nature of the performance. And I wouldn’t have it any other way. 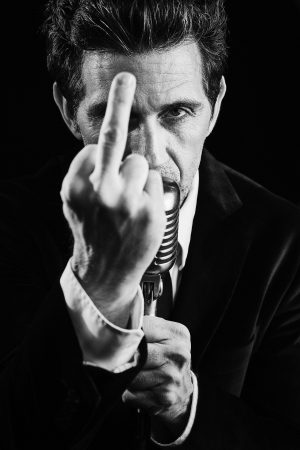 The show begins with Lenny Bruce in his prime, charming, disarming, and wise guy in a way that has you chuckling behind your cocktail. You look around at the audience, wondering if some are offended, if some are uncomfortable, if some are reconsidering what the hell they got themselves into. The transformation of Bruce over the 90-minute performance is astonishing. Although the same actor is on stage throughout, you can almost see the physical and emotional decline of a man who has been beaten down by so-called justice, whose passionate demand for freedom of speech turned into a life sentence. 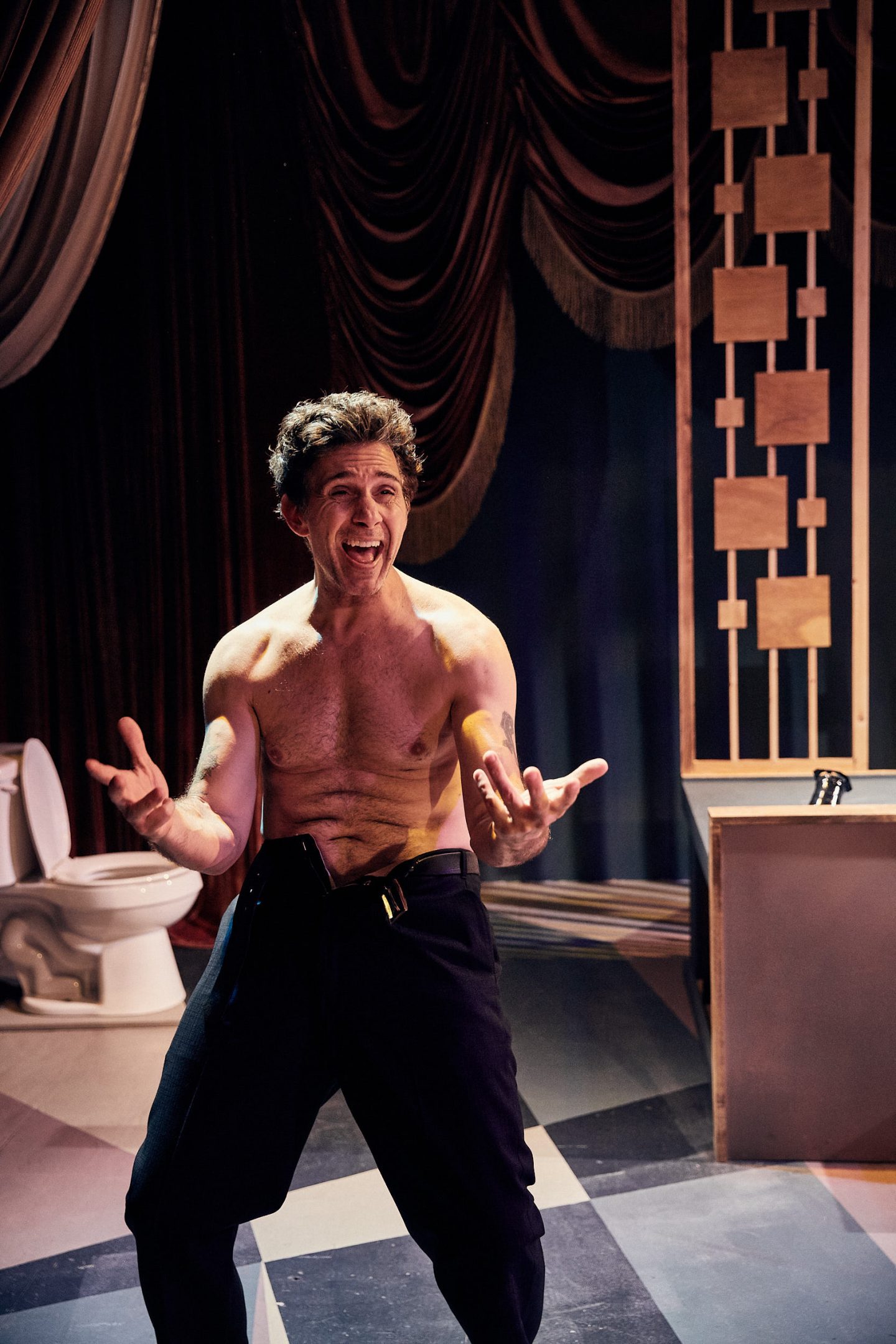 His message, though, truly resonated with me throughout the show and has carried on for days after, sparking conversations and debates. One line hit me like a punch to the gut. He referenced the fact that a woman would be arrested for flaunting herself in a park, but when she does it in a club people pay to see her. He drew the comparison to himself, stating that a comic should have freedom of speech in a comedy club where people have paid to view the show. He was arrested on obscenity charges multiple times for using “vulgar words” in his acts, believing that he was truly exercising his First Amendment Rights.

I highly encourage you to see this show while we are privileged enough to have it run in Chicago. I spoke to Marmo after the performance, and he takes such incredible pride in being the vehicle through which the audience is able to witness a pioneer in comedy, a staunch supporter of free speech, and a truth-teller. I can’t think of another performance that has caused me to evaluate the evolution of our society on so many topics and levels, and I agree- Lenny Bruce’s voice is what we need.

You can purchase tickets online here, and performances are being held at the Venus Cabaret Theater. This intimate venue gives you the feeling of truly being in a comedy club, the ideal setting for this show. It is currently scheduled to run through January 2nd.

Cheers to participating in important works of art that cause us to think, feel, and connect on a new level!

Disclosure: I received complimentary tickets for review purposes to this performance. My opinion is honest as always.