In the suburbs, there are many fantastic restaurants for #DateNight that are often overlooked because they aren’t located in Chicago proper. I have found a few absolute gems, tucked into strip malls, hidden amongst chain restaurants, nestled into shopping centers, all just waiting to be discovered by foodies and descended upon en masse. 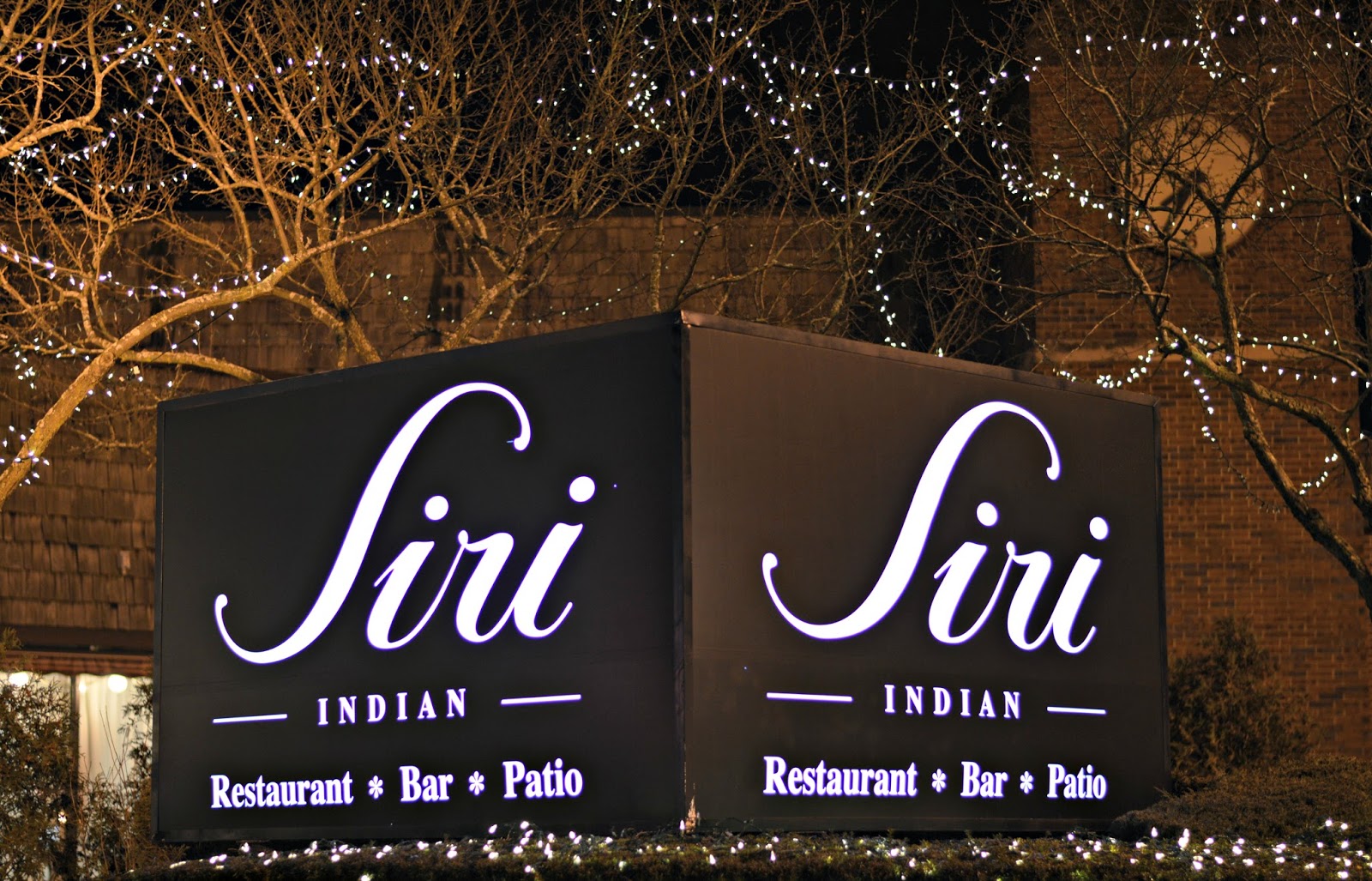 I haven’t had true Indian food since my days spent working on Michigan Avenue where we would scurry out of the office for a buffet lunch, only to scurry back stuffed and ready for a nap under our desks. A new authentic Indian restaurant has graced my current suburban stomping grounds- Siri Indian Restaurant in Wheeling, just 20 minutes from my home. 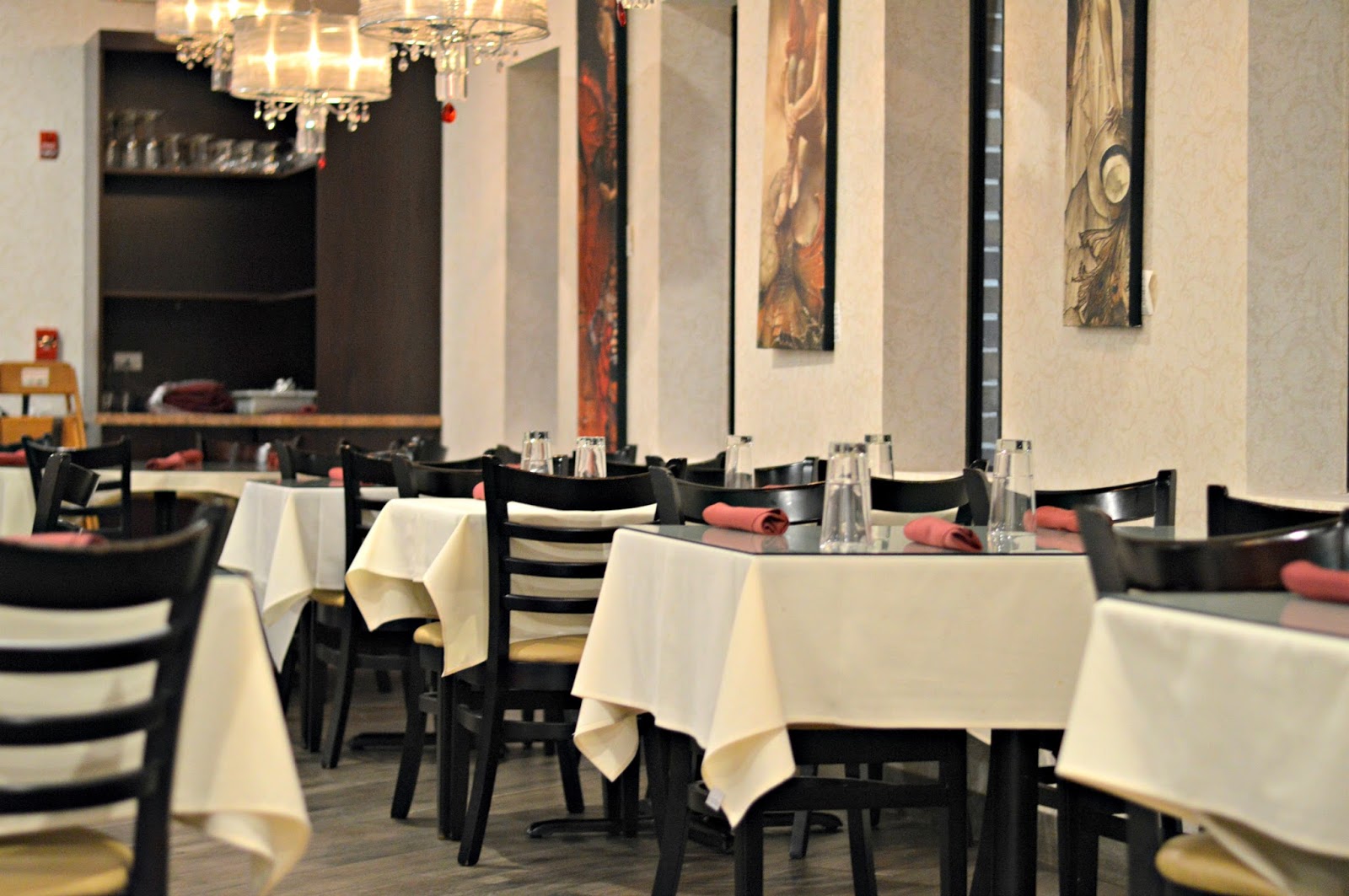 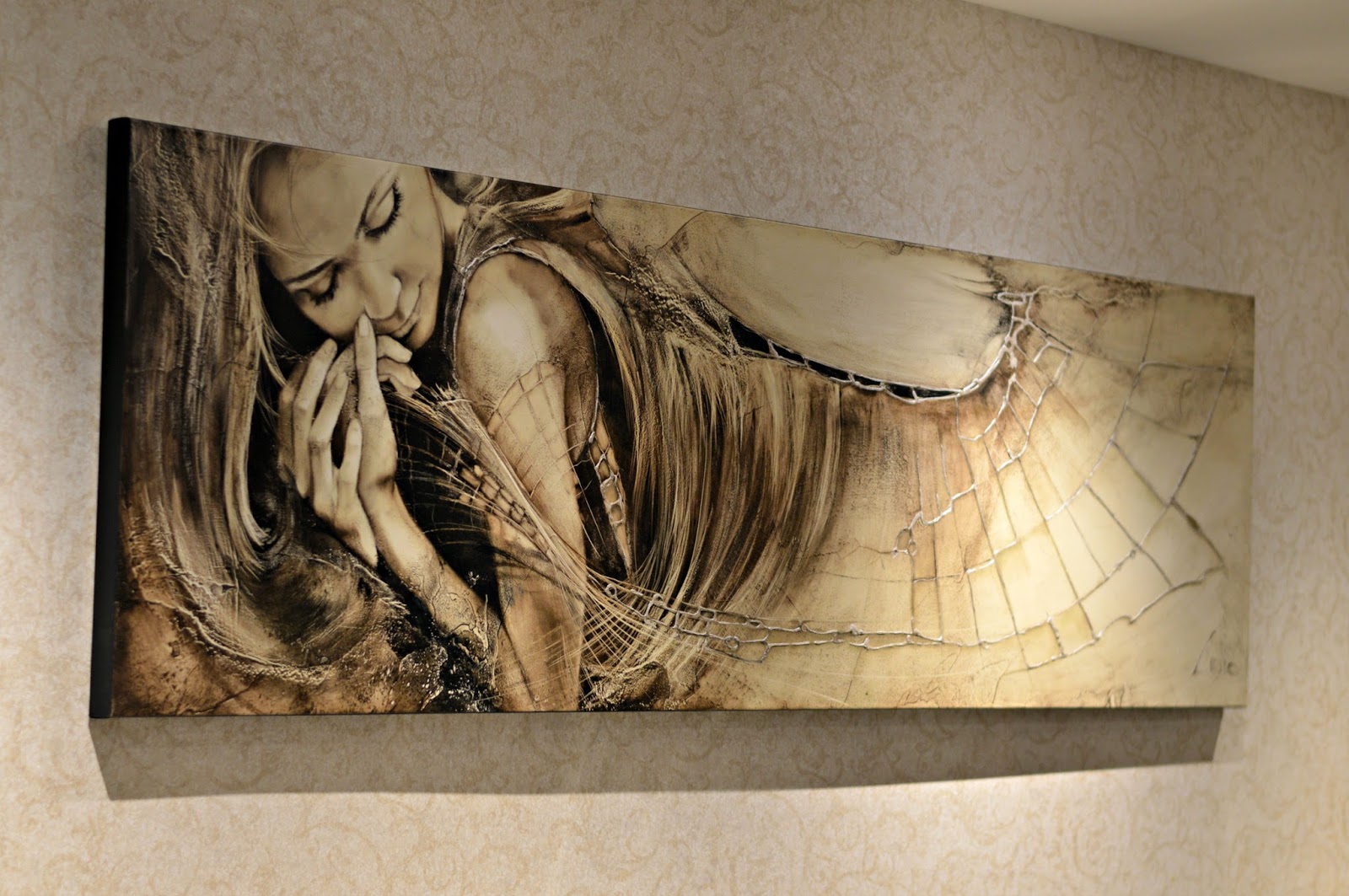 The outside of Siri is quite impressive, brilliantly lit; it reminds me of a lush spa resort in a faraway land. The interior is spacious and welcoming with original artwork gracing the walls, elegant chandeliers descending from the ceiling and crisp white tablecloths set with sparkling glassware. 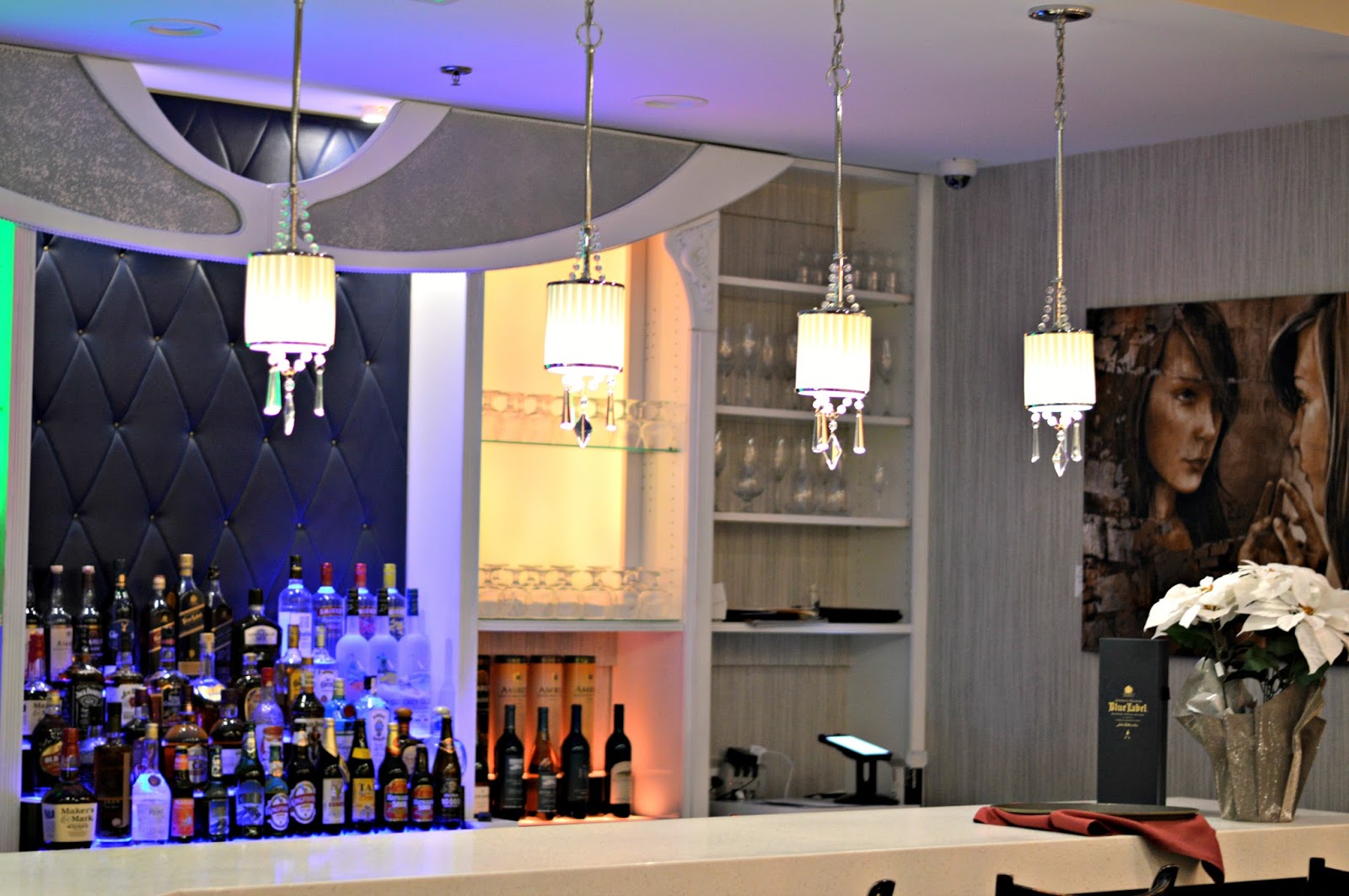 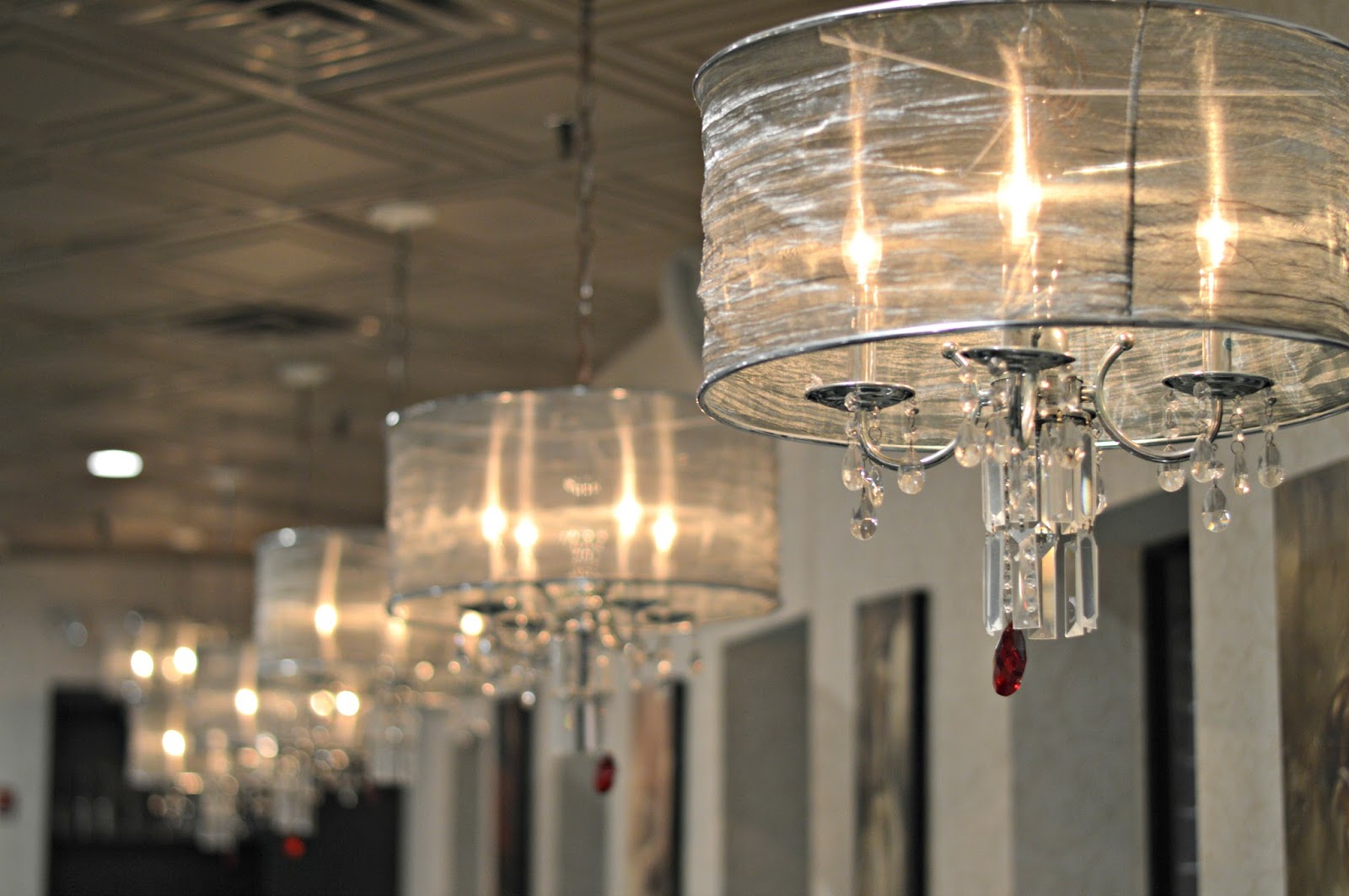 We started out with Vegetable Samosas, mini turnovers filled with peas and seasoned potatoes, fried to a golden brown. To drink, I had a Taj Mahal- mostly because I love the drawing on the label, but also because it is actually brewed in India. 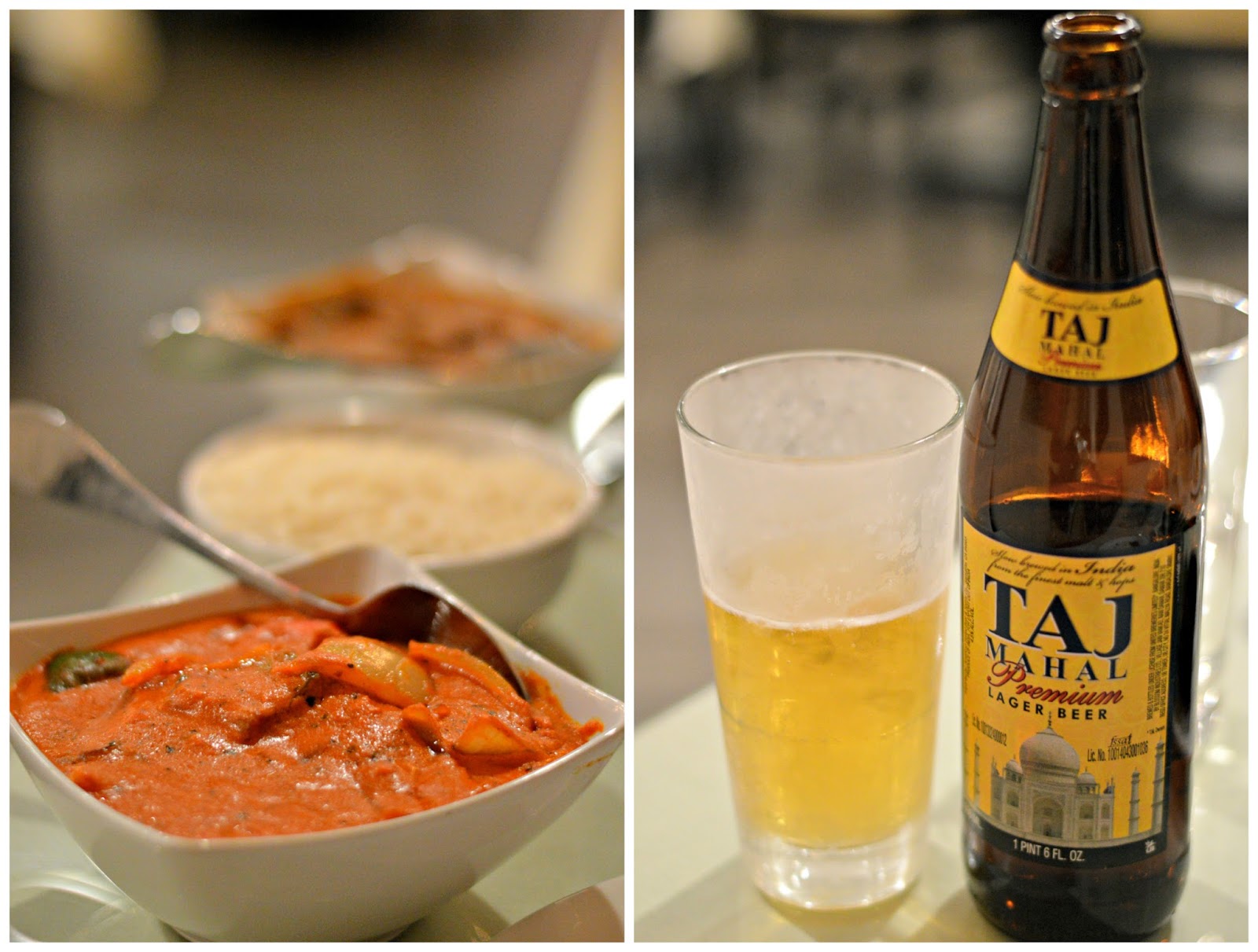 Their extensive menu contains 180 items, originating from both Northern and Southern parts of India. Four chefs are on staff at all times, each with particular specialties that they prepare from their own parts of India. 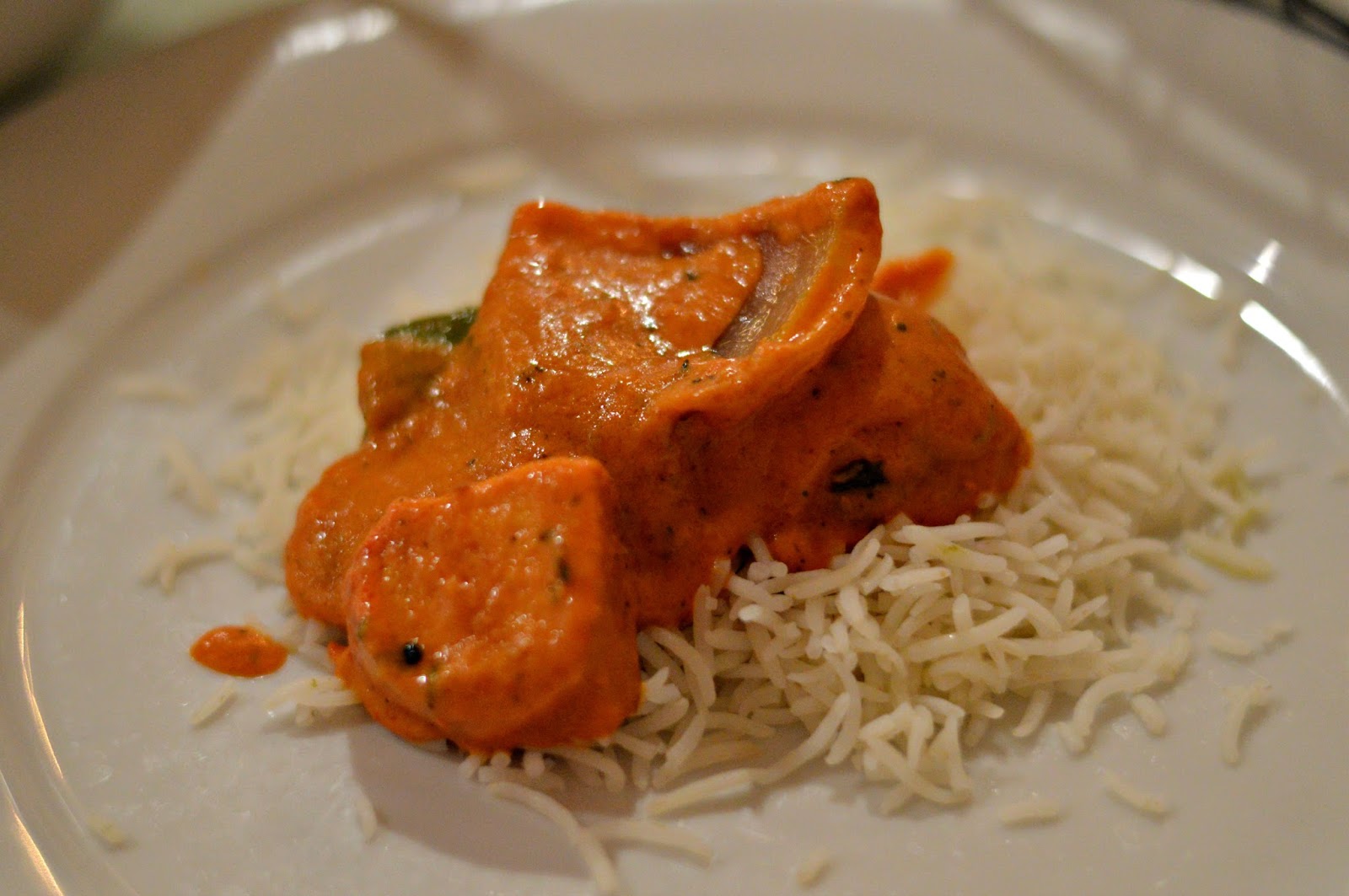 For our main course, I ordered Chicken Tikka Masala- char-grilled chicken simmered with onions and bell peppers in a tomato cashew sauce. It was creamy, with a hint of spice and absolutely delicious. It was served with naan and fluffy white rice; we ordered the garlic cheese naan and also sampled the bullet naan which was topped with crushed chili. My date, one of my best friends and an Indian food enthusiast, had the Lamb Curry which was excellent as well. Their menu includes many vegetarian items, which makes Siri a perfect pick if you have a meat-averse person in your group.

Siri also has a lavish lunch buffet during the week in addition to catering options and private parties.

I recently popped into my friend Borris Powell’s studio for breakfast (donuts & bubbly), gossip, and of course to check out his FAshion lineup. Although his couture is to die for, his RTW is just as stunning and effortlessly versatile. He gave me a sneak peek at the new collection “The Darkness of Ash” that debuts on March 25th and I am saving my dollars for a piece of that action! 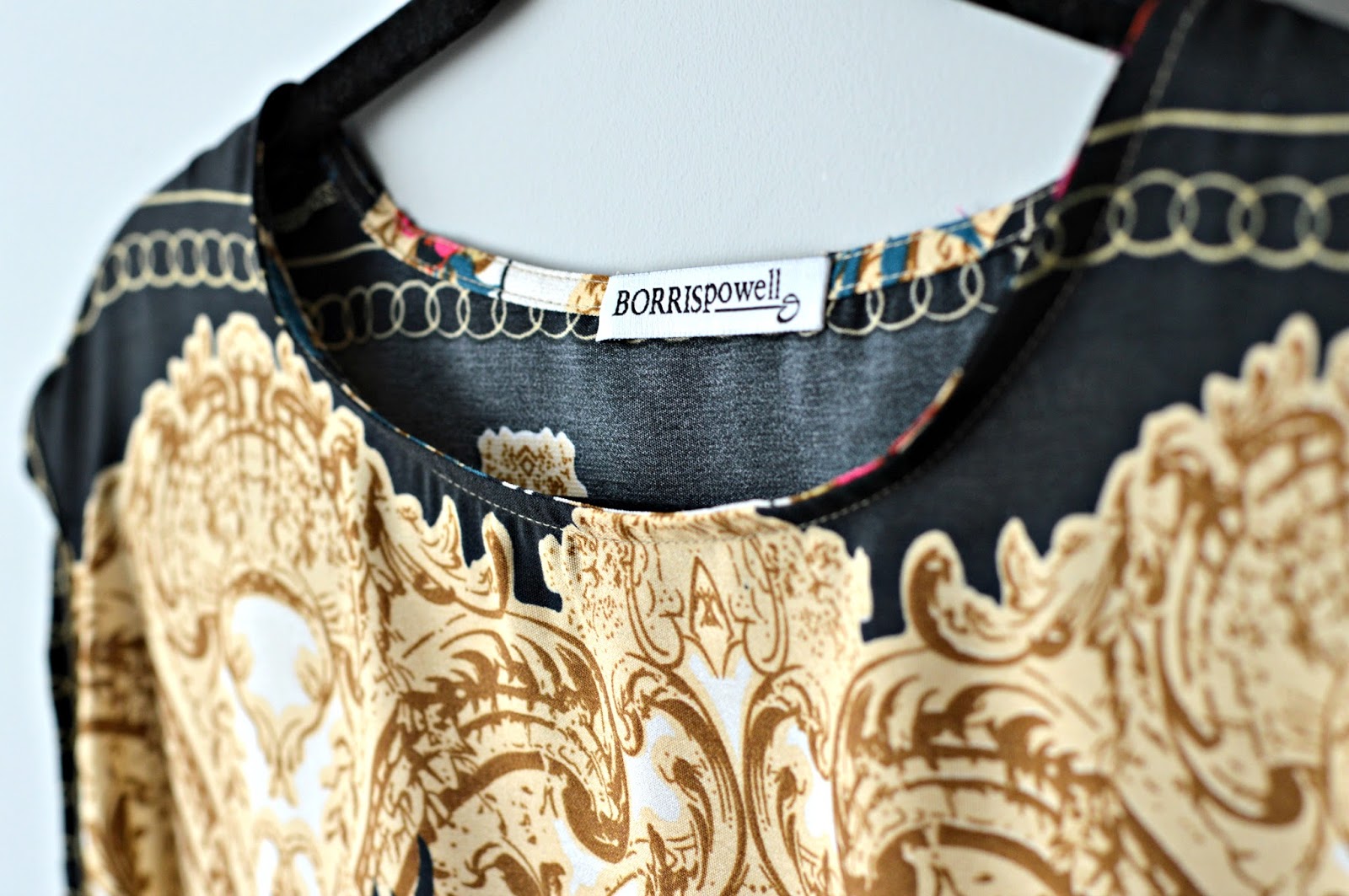 I selected this stunning maxi gown with fabric from India to purchase, which of course I had to wear to Siri. This dress is everything- it can go from pool loungewear to red carpet stunner with some simple footwear and accessories. Stay tuned until next week to see the full length, and how I transition this dress from winter to spring to summer!

Thank you to Siri Indian Restaurant for having me!