One thing I wish for my children is the confidence to pursue their dreams, no matter how grand or small they may be. 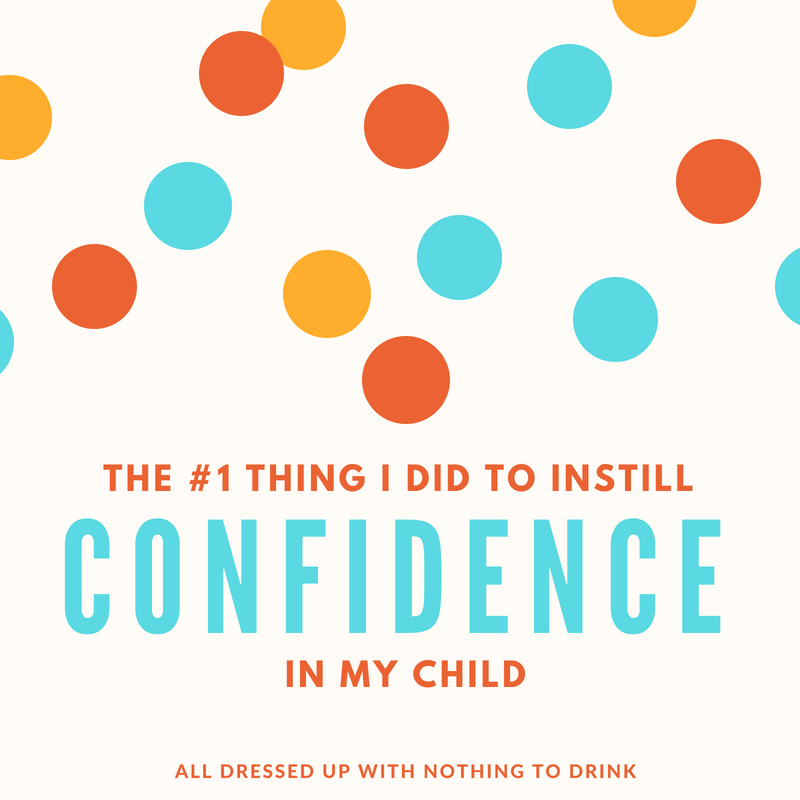 Last summer was supposed to be THE summer. My son was 5 years old, ready to tear up the sidewalks on his bicycle. My husband and I were prepped to help him learn, and purchased the requisite wrist guards, elbow and knee pads in addition to a Teenage Mutant Ninja Turtles helmet in preparation for potential crashes.

When it came to actually taking the training wheels off his bicycle, he cried and seemed terrified of learning to ride without them. I understand, it is nerve-wracking at first- wobbling, gliding and swerving in order to avoid cuts, bruises and scrapes. It eventually turned into a self-fulfilling prophecy: he thought he could never ride a bike by himself, so he just didn’t. The training wheels stayed on throughout the summer, and his confidence plummeted as he saw other kids on the block breeze by unhindered by the clattering sound of those two extra supports as he watched from behind. 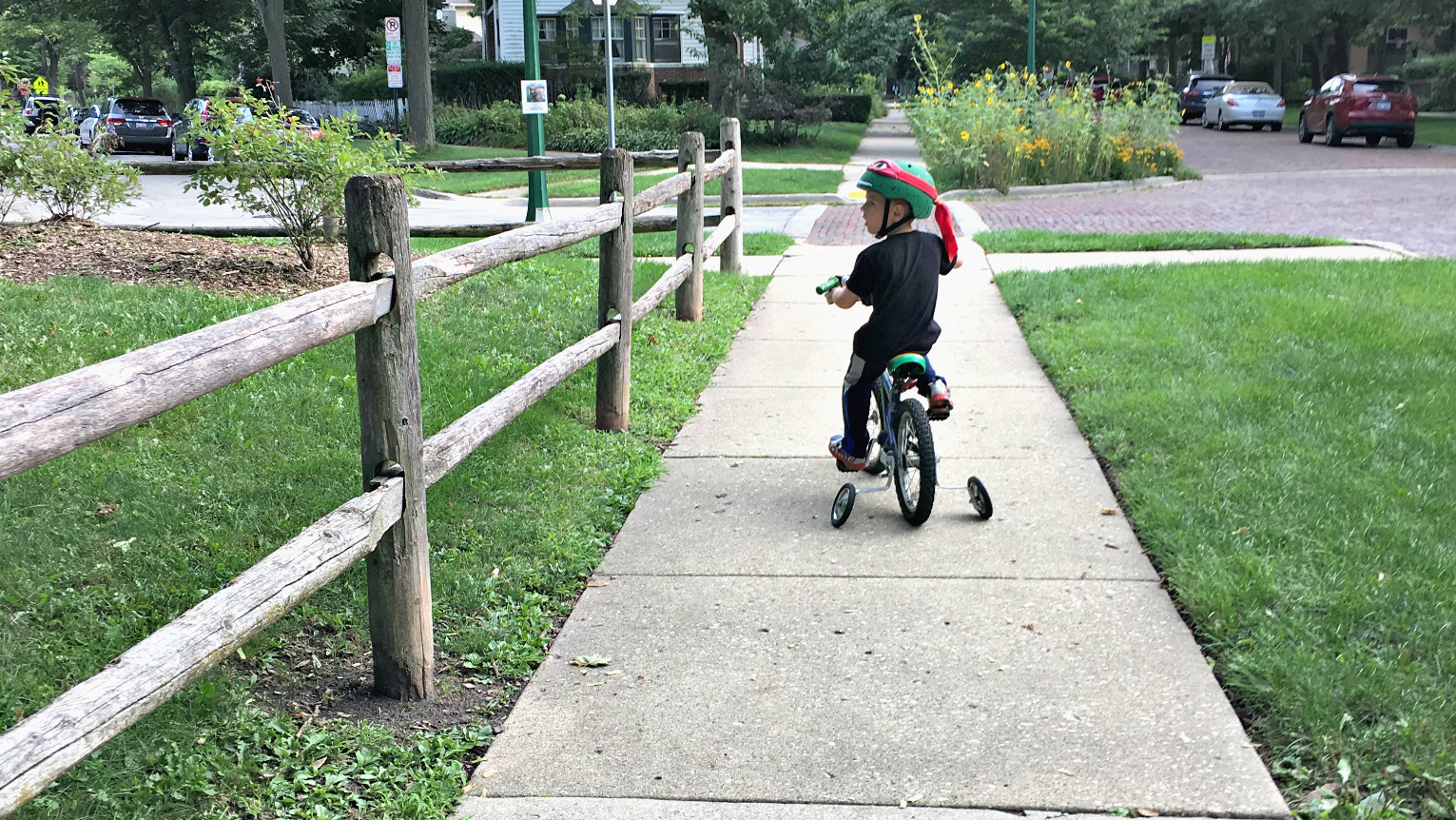 I found out about Pedalheads bike camp through blogging connections and took them up on their offer of a free week long session in August when his summer camp let out. They offered eight instructional levels for kids age 2 and up, with the most popular class being a Level 1 Newbie for ages 4+. 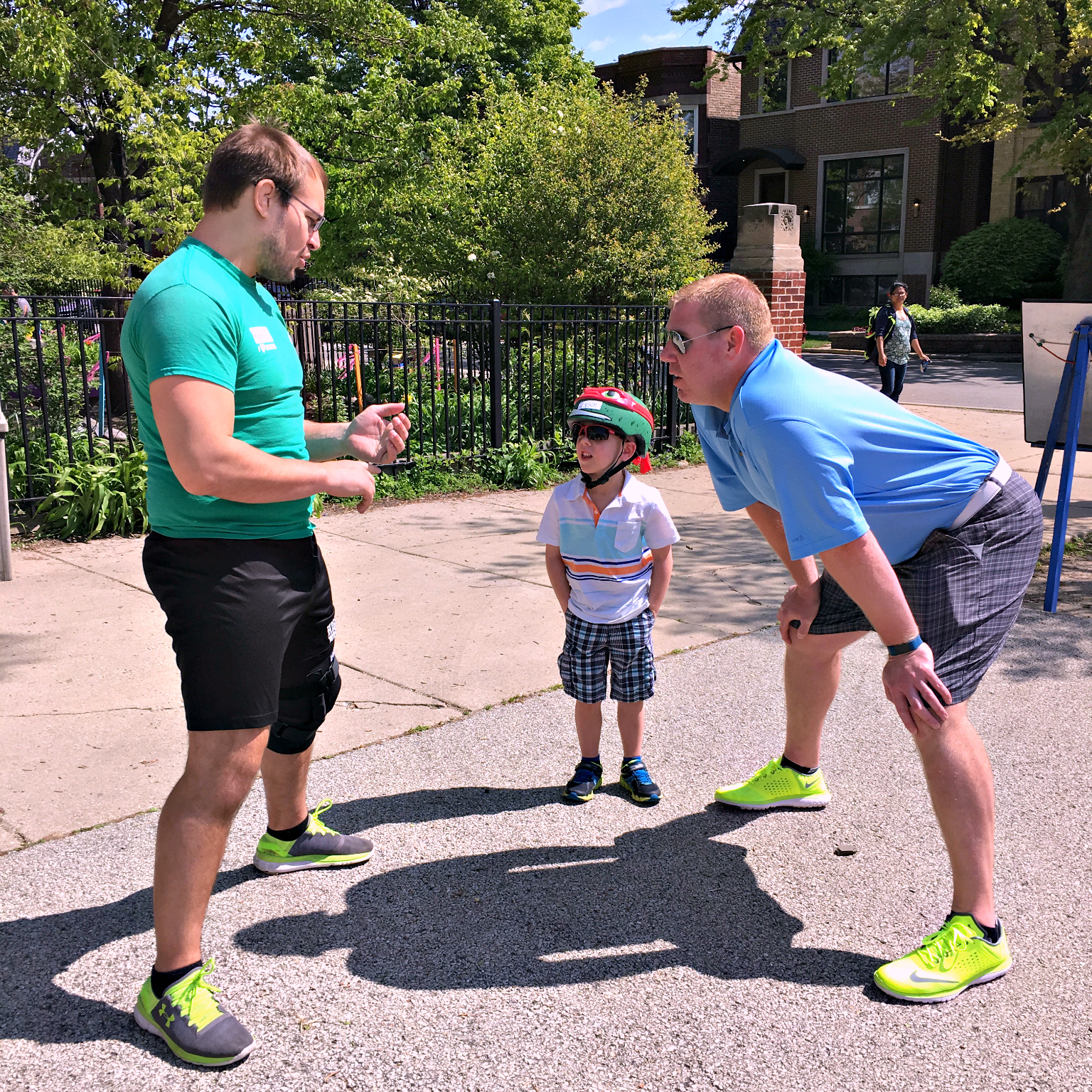 The first day I dropped Bryson off at camp and crept outside by the fence to make sure he was comfortable in his new environment. I saw how the instructors engaged him, offering high fives and encouragement right out the gate. Every child wants to belong, and the Pedalheads instructors GOT that- they have small class sizes and positive reinforcement to ensure your child doesn’t feel left out or unsuccessful. 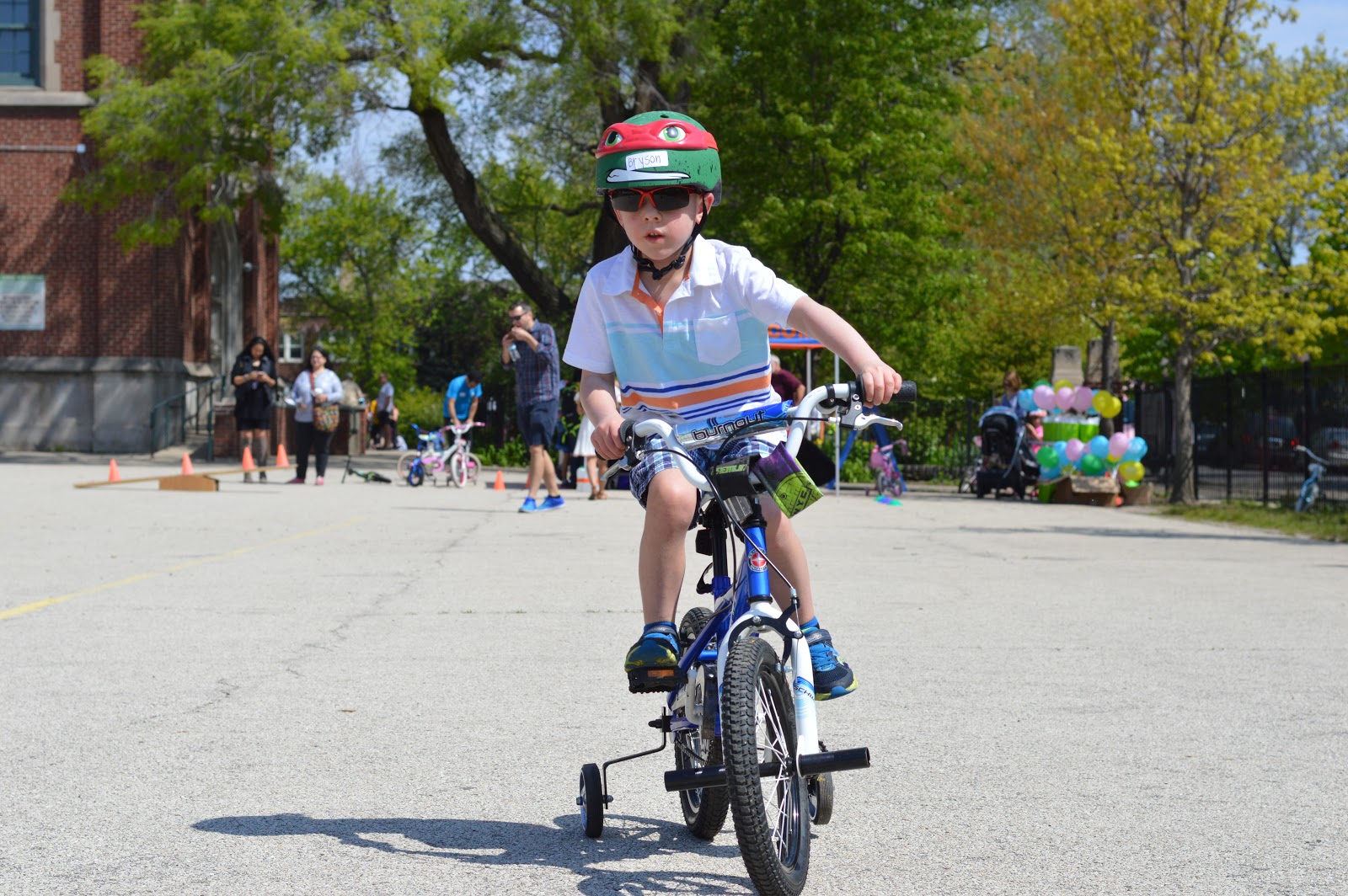 That first day I came back to pick him up was one of the most difficult in my parenting career. As I arrived, my son was sitting on the ground, tears streaming down his face with his training wheels in his hands. Most of the other kids were wobbling along the course, falling occasionally, but still trying. When you see the look of failure on your kid’s face, it is absolutely heart-wrenching. As I sat next to him and listened to him recount with a devastated hitch in his voice how he just couldn’t do it, I saw the instructor out of the corner of my eye hovering. He bent down to Bryson and explained that they would try again tomorrow. Together. He told Bryson that he understood how he was feeling, but that he needed to get back on his bicycle- this was a new skill to learn and it only gets better with practice. 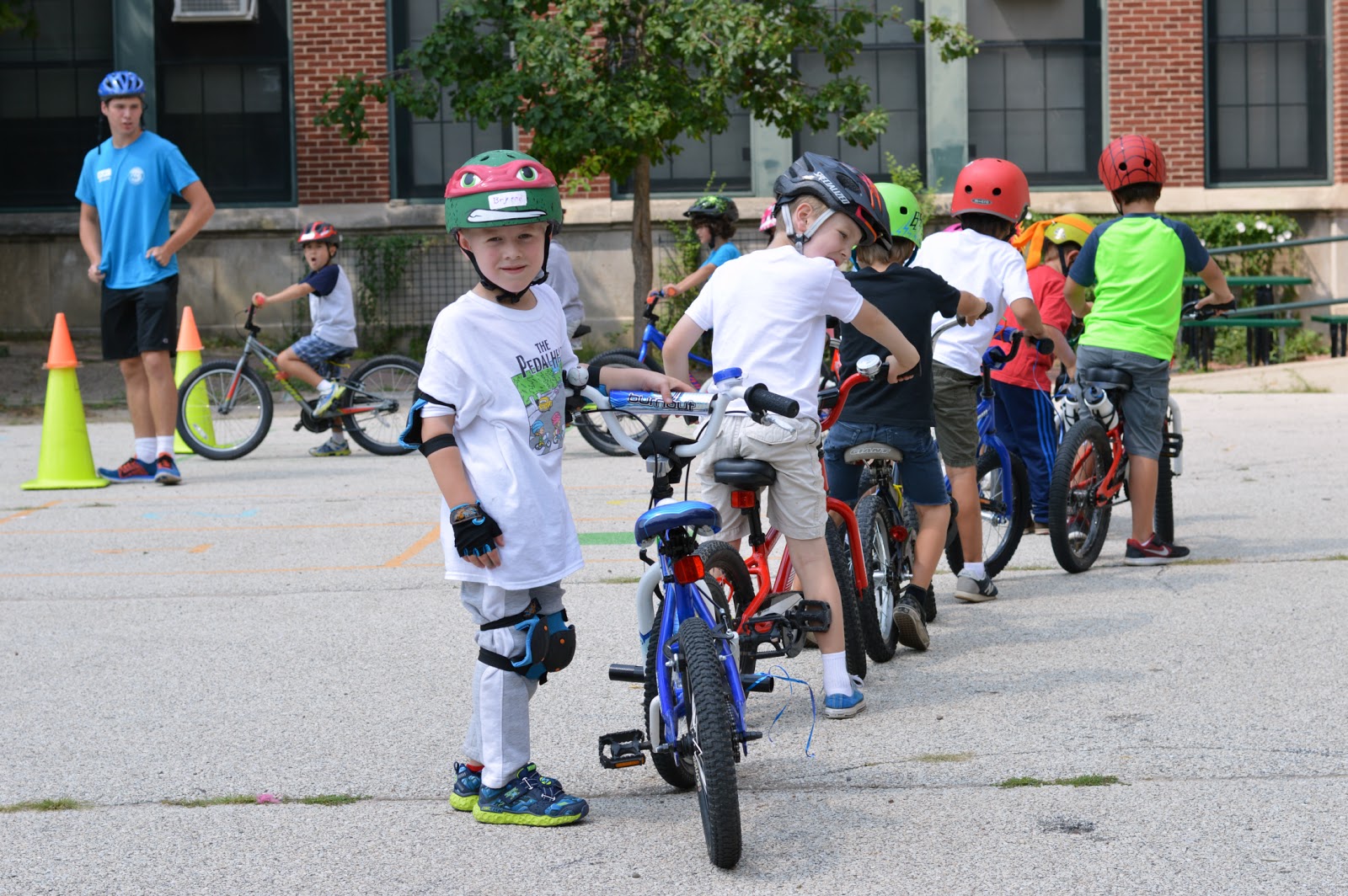 With a heavy heart, we went home and returned the next day. I could sense his apprehension but after a night filled with stories of our family’s initial failures and resulting triumphs after practice, he agreed to continue.

I came back that day to a new kid. The instructor said Bryson’s resilience was unparalleled that day, and he forced himself to get back up every time he fell. New scrapes and bruises dotted his tiny legs, but the thing I noticed most was his bright, brilliant, proud smile. With a few wobbles he showed me how he could now ride without help.

Each day, his skills improved.

I tried to figure out what the magic formula was to Pedalheads, how they succeeded when we failed after 3 solid months of trying. I think it is the combination of learning through play, peer encouragement, positive reinforcement and time on and off the bicycles to create small, attainable goals. 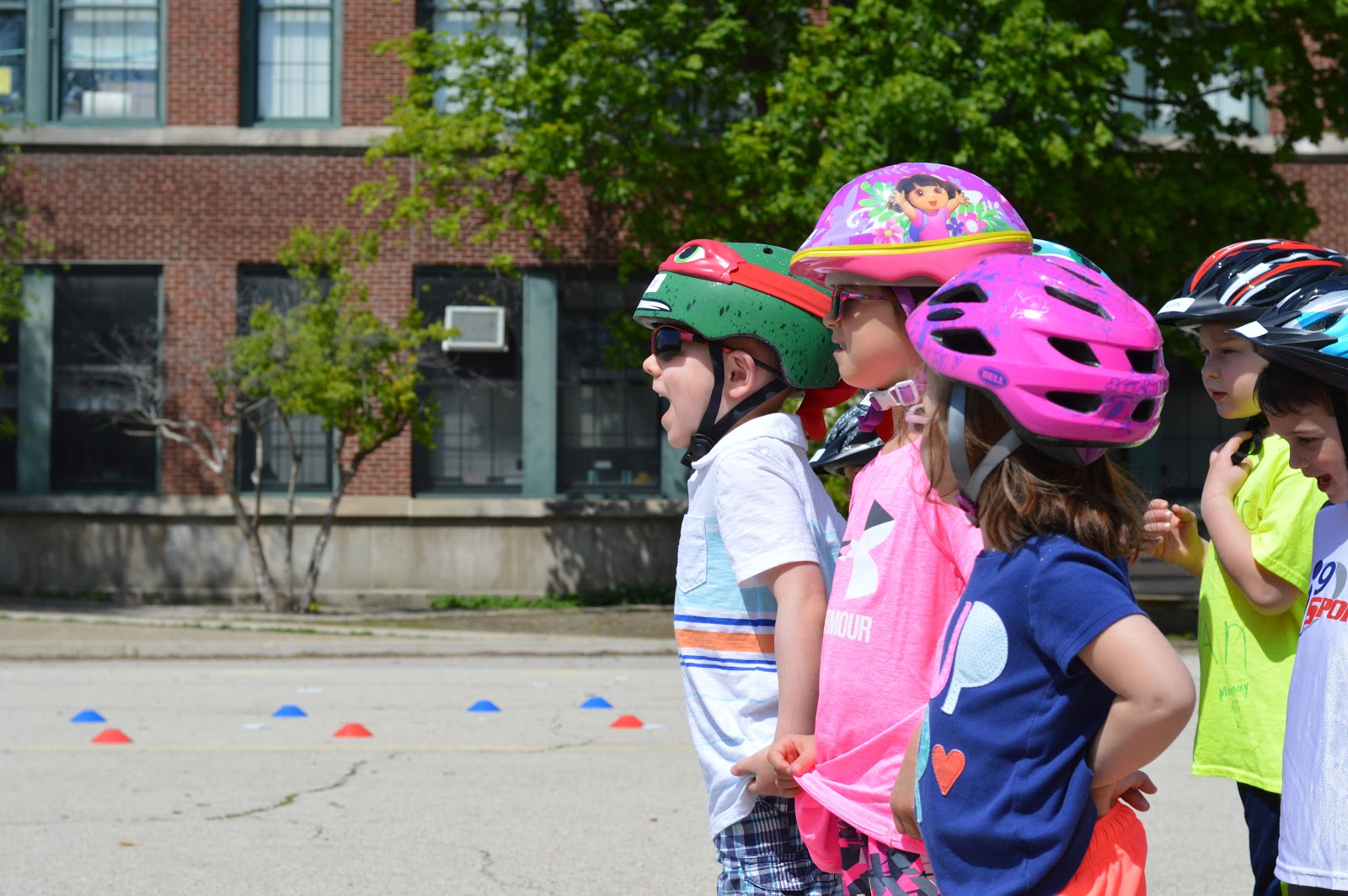 The final day at Pedalheads camp, they had a parade around the parking lot. Each child decorated their bicycle and took a lap with parents, grandparents and siblings cheering them on along the way. And yes, I might have cried a little even though I am SO not that parent.

My son learned to ride a bicycle in 5 days, but more importantly he learned persistence and gained more confidence in those 5 days than he did all summer.

This summer, we are enrolling Charlotte in the same program and I can’t wait to share her progress! 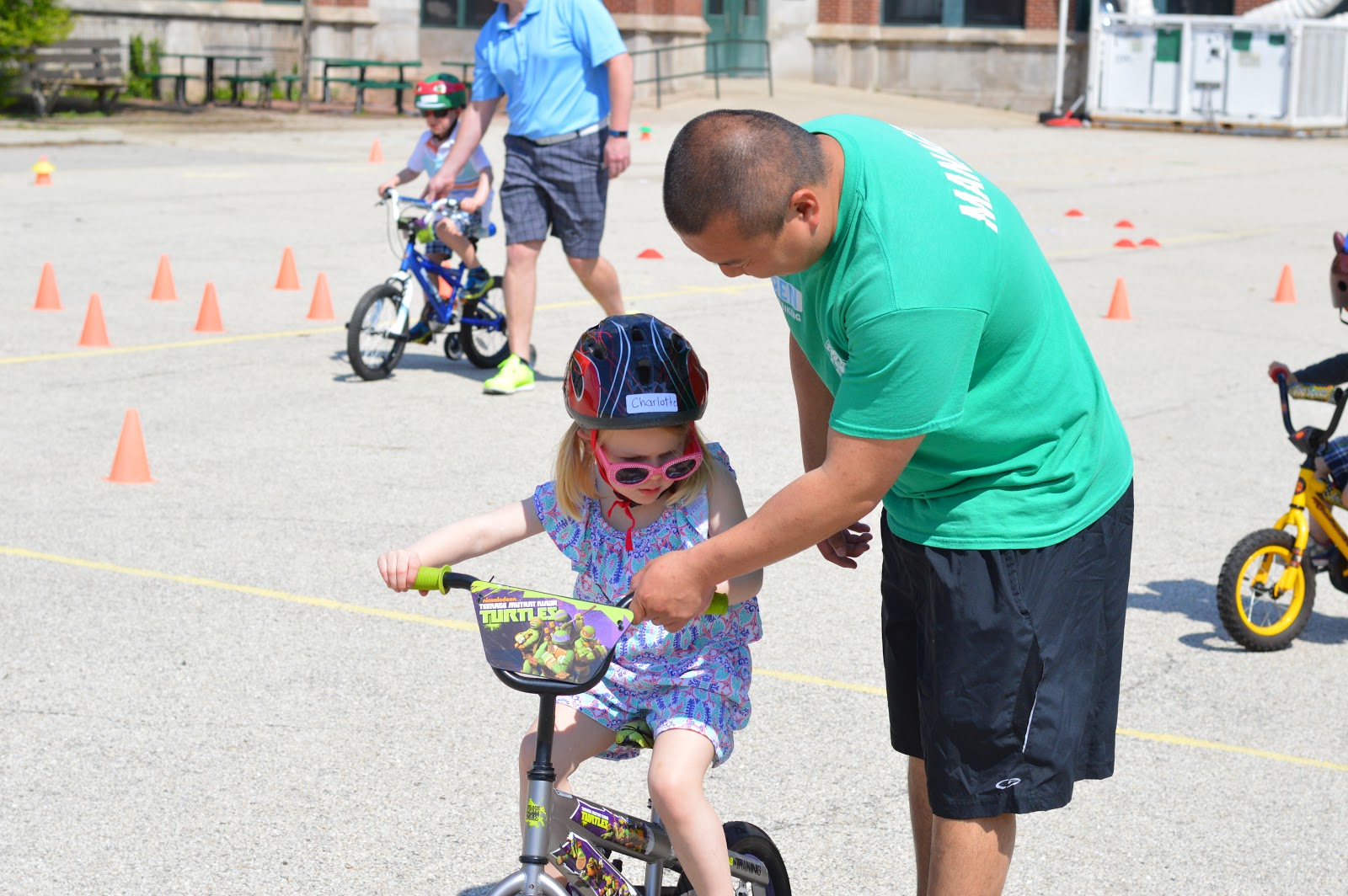 To find a Pedalheads camp in your area, head to their website. If you live in the Chicago area, they just added an extra location in Evanston this summer! They started in Canada in 1995 and have grown to over 75 locations throughout both Canada and the US.

Cheers to confident kids who understand that they can accomplish anything if they put their mind to it!

Disclosure: I received enrollment in Pedalheads camp for review purposes; all opinions are honest and my own as always.