Now that all of the award shows are over, we can dissect the fashion presented for the rest of the year. Always wonder what dress is best for your body type? The best place to look is on the red carpet! These celebs have a team of stylists whose job it is to create a look that flatters their client’s body type, and they have access to every gown, shoe and accessory in the world. Browse the looks below and think of this: Who has a body type similar to yours? Could their look work for you?

One of my favorite actresses is Meryl Streep, and (not going to lie here) it is mostly because of her role in “Devil Wears Prada.” Meryl has a classic body type for her age- curvy, larger around the hips, arms are probably not Kelly Ripa-ripped. She always dresses age-appropriate and did not disappoint for the 2012 Academy Awards. Take a look at her dress: 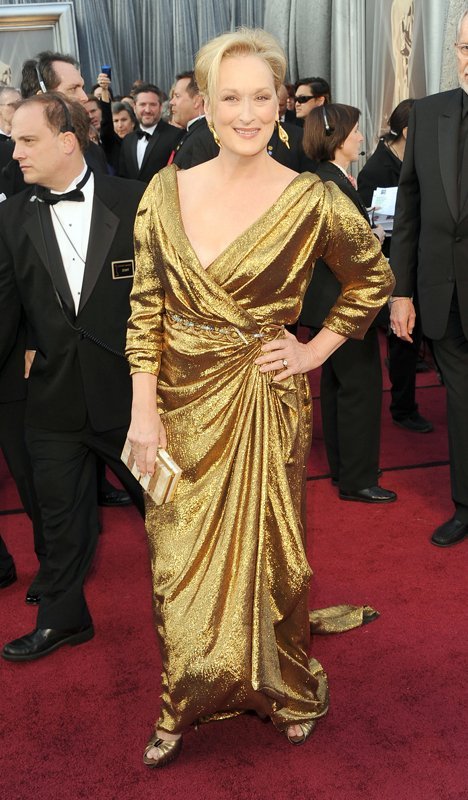 She is accentuating one of her best features- her age-defying decolletage, without being inappropriate. She is also camouflaging a rounded tummy and carving out a waist at the same time.  Any type of draped or gathered dress is excellent for this type of figure. The 3/4 length sleeves keep her upper arms in check while exposing her thin wrists. Copy this look for mother of the bride (though maybe not in gold lamé).


The A Crowd…and I Don’t Just Mean Popular

Just because you may be lacking in the bust department doesn’t mean you can’t show off what you’ve got. In fact, you are lucky to be one of the less-endowed because it gives you more options! One TV personality who doesn’t sport DDs but always looks lovely is Giuliana Rancic. Mere months after having a double mastectomy she wowed the crowd a the Academy Awards in this stunner. Also, Rose Byrne from Bridesmaids who runs with the A crowd wore a truly flattering gown as well. 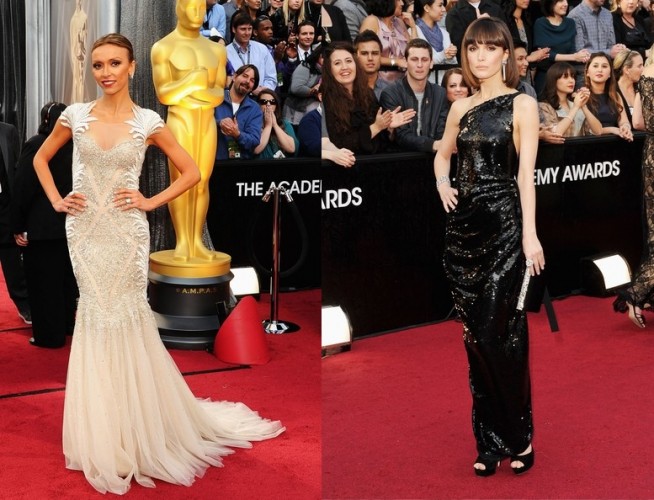 Giuliana creates curves by choosing a mermaid style dress that doesn’t depend on cleavage for its nips and tucks. Rose’s asymmetrical neckline creates intrigue above the chest and down the back…and chose a dress that would make a busty chic look like a Vegas Showgirl. Well done!

There is a woman out there who always embraces her God-given assets and loves to make references to them.  Sofia Vergara is a total sexpot, but makes it fun instead of cheap. She nailed it at the SAG awards this year- no cleavage down to her navel, no boobs pushed up to her chin. She flaunted the curves without the producers having to blur body parts onscreen. 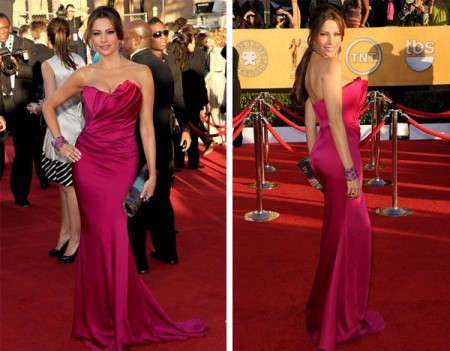 Sofia chose a dress that was structured at the top in order to keep herself…restrained, but allowed the bottom of the dress to naturally cling to her shape. With a simple hair style and a color that complimented her skin, total winner in my book!

Just a Little Here and There….

Ugh…this is the category most of us fall into. We are pretty regular but carrying a bit of extra junk in the trunk or a spare tire around the middle no matter how hard we try to burn it, as well as arms that won’t win us a spot in any Fight Club. One celeb who has a realistic body is Kelly Osbourne. She has lost quite a bit of weight in the past few years and looks fab, but not anorexic or completely ripped. My favorite dress of hers is from the People’s Choice Awards this year. Love the color, love the style…I thought it was a bit informal for an award show, but I would wear this number any day of the week. 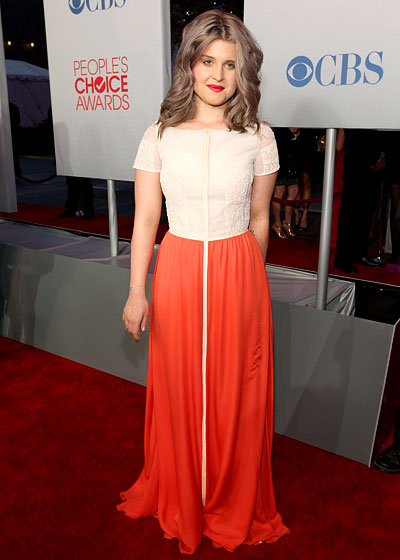 Separating the dress into two different colors really breaks up most of our trouble sections- the middle. The contrast defines the waist without pulling fabric taut against our sometimes rounded tummies. The sleeve length also keeps those arms in check without seeming matronly or pulling the sheer full-length number. The lipstick and color keeps this look young while acknowledging the fact that we can’t shop at Charlotte Ruse for the rest of our lives.

Sometimes, we are just SICK of our go-to formal look. These two stepped outside their comfort zones to try a little something new and knocked it out of the park in my opinion. 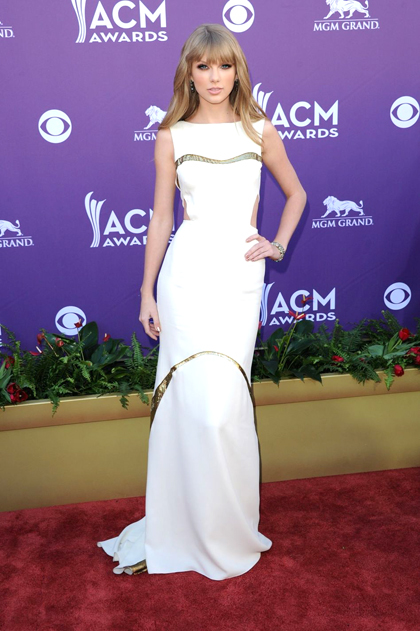 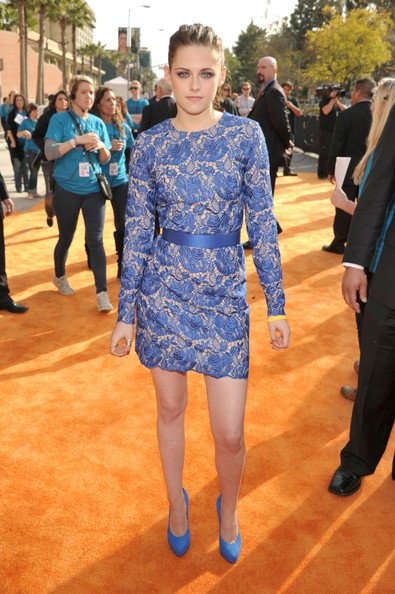 First of all- I was a little tired of Taylor Swift’s Rapunzel-esque hair and trademark red lipstick. She flat ironed the hell out of that mop and created a very mod, mature look for the CMAs in J. Mendel. Kristen Stewart is known for dark, brooding, grungy, over-the-top smokey eye…very Joan Jett. She threw a curve ball with this Stella McCartney stunner at the (Nick) People’s Choice Awards. Take a cue from these two and step out of your formal comfort zone!