I don’t think I had ever seen previous versions of The Grinch. Of course, I knew the basics of the story but always shied away from getting into the book or movie because I wanted to think happy thoughts instead of watch a grumpy guy moan and groan about how horrible the holiday season was. I have enough issues trying to stay positive over here with relatives not being so warm and fuzzy, kids getting the gimmies, and balancing that budget when all I want to do is BUY ALL THE THINGS.

I took my son to see the new Grinch movie the other week and actually paid attention to the story for once. Maybe it was because I brought other kids along and had to actually stay awake to make sure they didn’t wander, or maybe it was because 2018 has been one of the most difficult years yet and I was hoping for some inspiration. Whatever my subconscious motives were, my heart seemed to grow right along with that green Grinch’s as well.

If you have hopped on the Grinch train in years past or just diving into all things Grinchy this year, here are 5 ways to feel that holiday spirit alongside the master of mischief.

Duh. I know, but this 2018 one is pretty good. How the Grinch Stole Christmas was recently released with a master cast including Pharrell on the narration and Keenan Thompson as Mr. Bricklebaum. If you recognize the Mayor’s voice but can’t put a face to it, just think Murder She Wrote. The soundtrack is pretty spectacular as well- my kids regularly ask Alexa to put it on.

I took my 7-year-old to see Dr. Seuss’ How the Grinch Stole Christmas Musical last weekend in Chicago, and words cannot describe how incredible this experience was for us. Gavin Lee, who is a two-time Tony-nominated Broadway actor, plays The Grinch.

His comedic timing is impeccable, facial expressions are hilarious, and his use of sarcasm witty and on point. This is one of the best performances by any actor I have seen on stage- he had full command of the Grinch’s bulbous body, big booty, and even evil fingers.

At the end of the performance, my son jumped out of his seat and exclaimed, “Now THAT was a FUN show!” The cast was incredibly lively, with gorgeously designed costumes and equally gorgeous voices. One twist that this Grinch brought was the narration- the story was told by an aged Max the Dog, recounting his time with the Grinch and the Whoville crowd.

The show run November 16th-25th in Chicago at the Chicago Theatre then heads up to Wisconsin and then east to end the run for Christmas. Grab tickets here!

Analyze the Meaning of Christmas for YOU

What does Christmas mean to you? Truly? I don’t think I have given it more than a passing thought. The meaning of Christmas can be different for everyone. In my family, religion doesn’t play a huge part but it is more of a “be a good person, do unto others” message for us. This year, think of what the holiday means to you and yours. 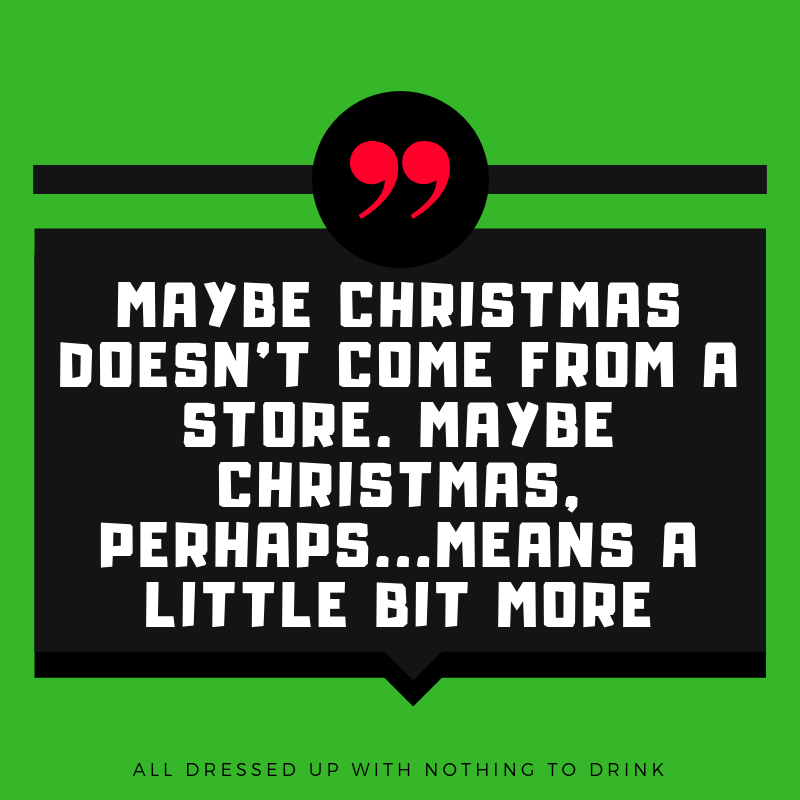 Do you remember those cornflake marshmallow wreaths that were adorned with cinnamon candies to represent holly berries? I look forward to them EVERY YEAR. This year, create a Grinch Heart with this classic recipe! Here are the steps: 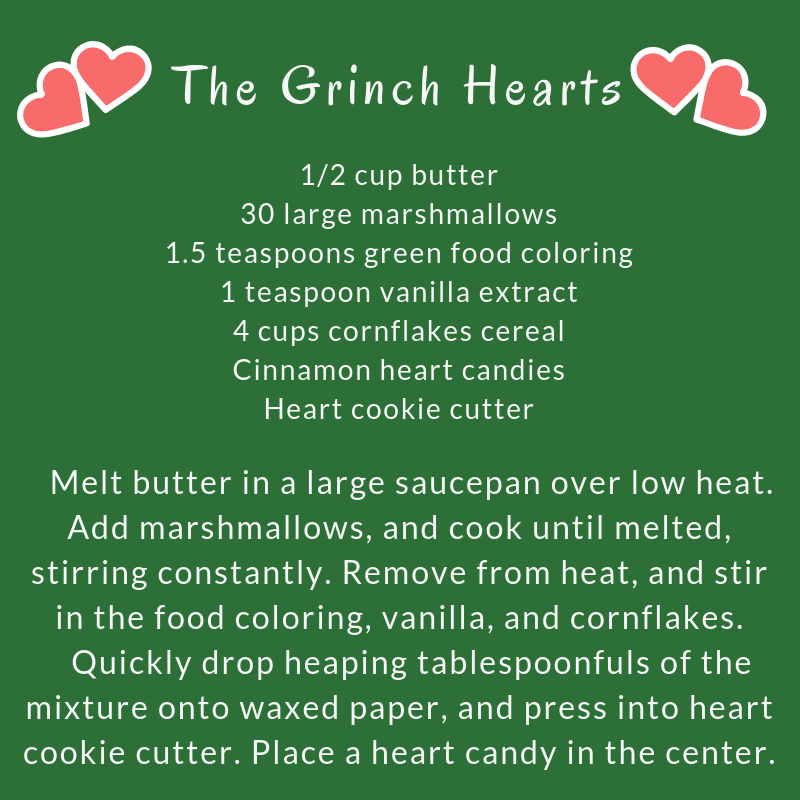 Chex Mix is synonymous with holiday parties. I remember my mom making massive batches of the salty snack and bringing it in Tupperware containers labeled with our last name in Sharpie. I love Chex’s Grinch version of this much-loved snack, and plan on making it this year to continue on the tradition! Grab the recipe here. 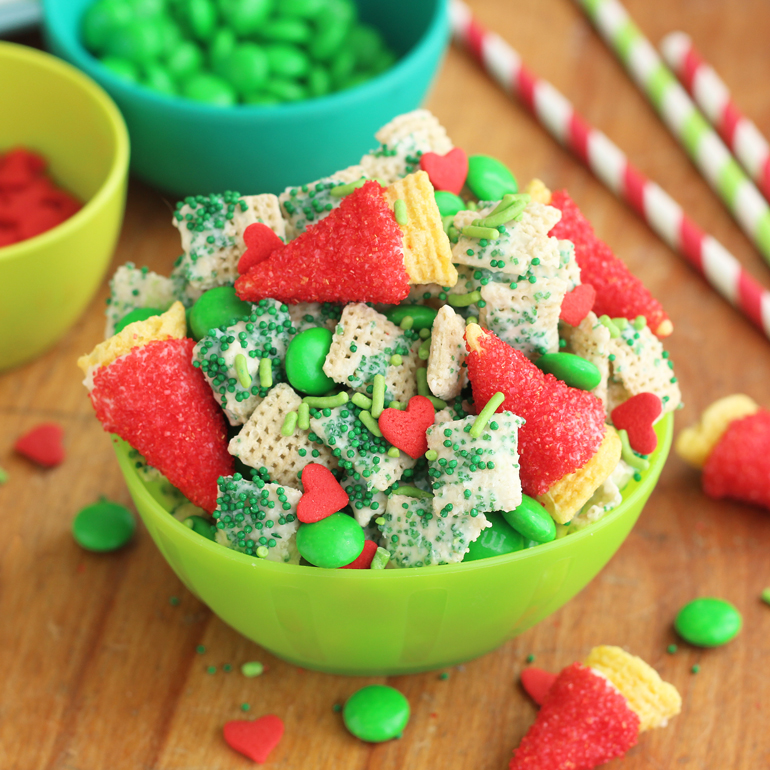 Grab a Grinch Bark Box for Your Own “Max”

This year we are loving all things puppy since we added one to our family! BarkBox, the premier subscription box for dog owners, came out with a Limited Edition Grinch BarkBox for your furry friend. 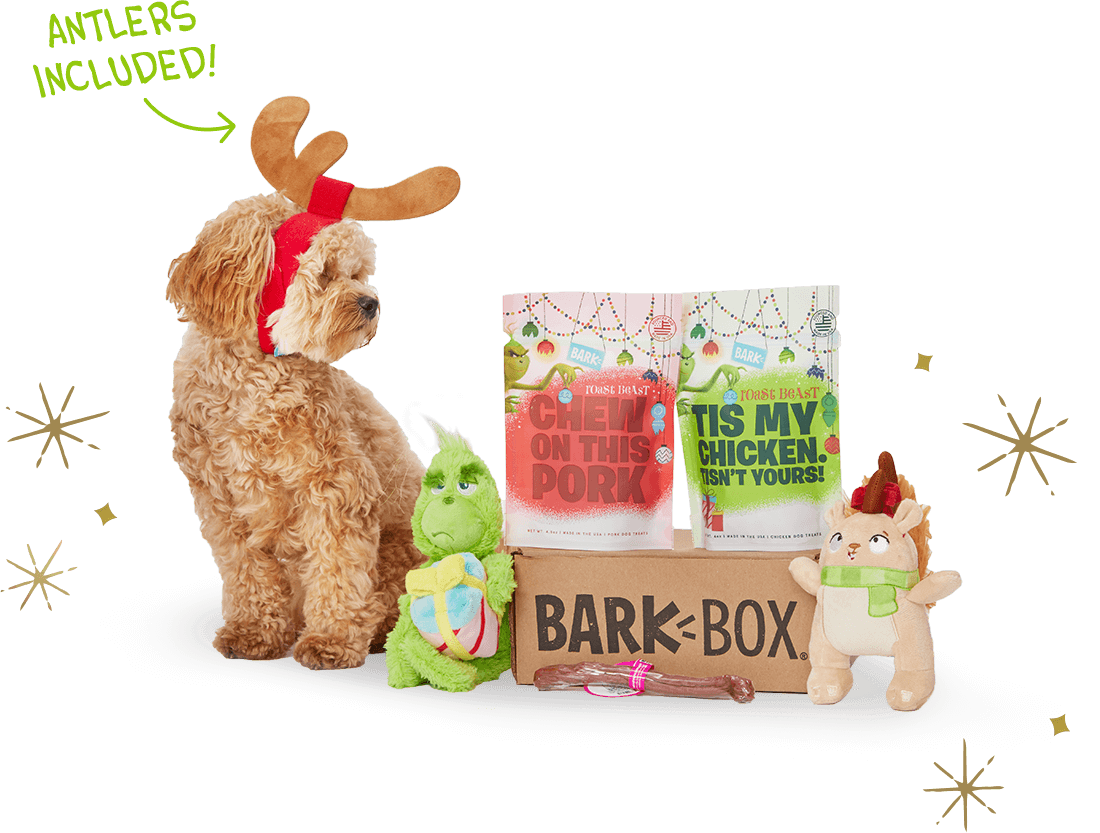 It even includes Max’s Antlers, and I SO TRIED to put them on Ginger. This was the best I got after 20 minutes of chasing her around the yard: 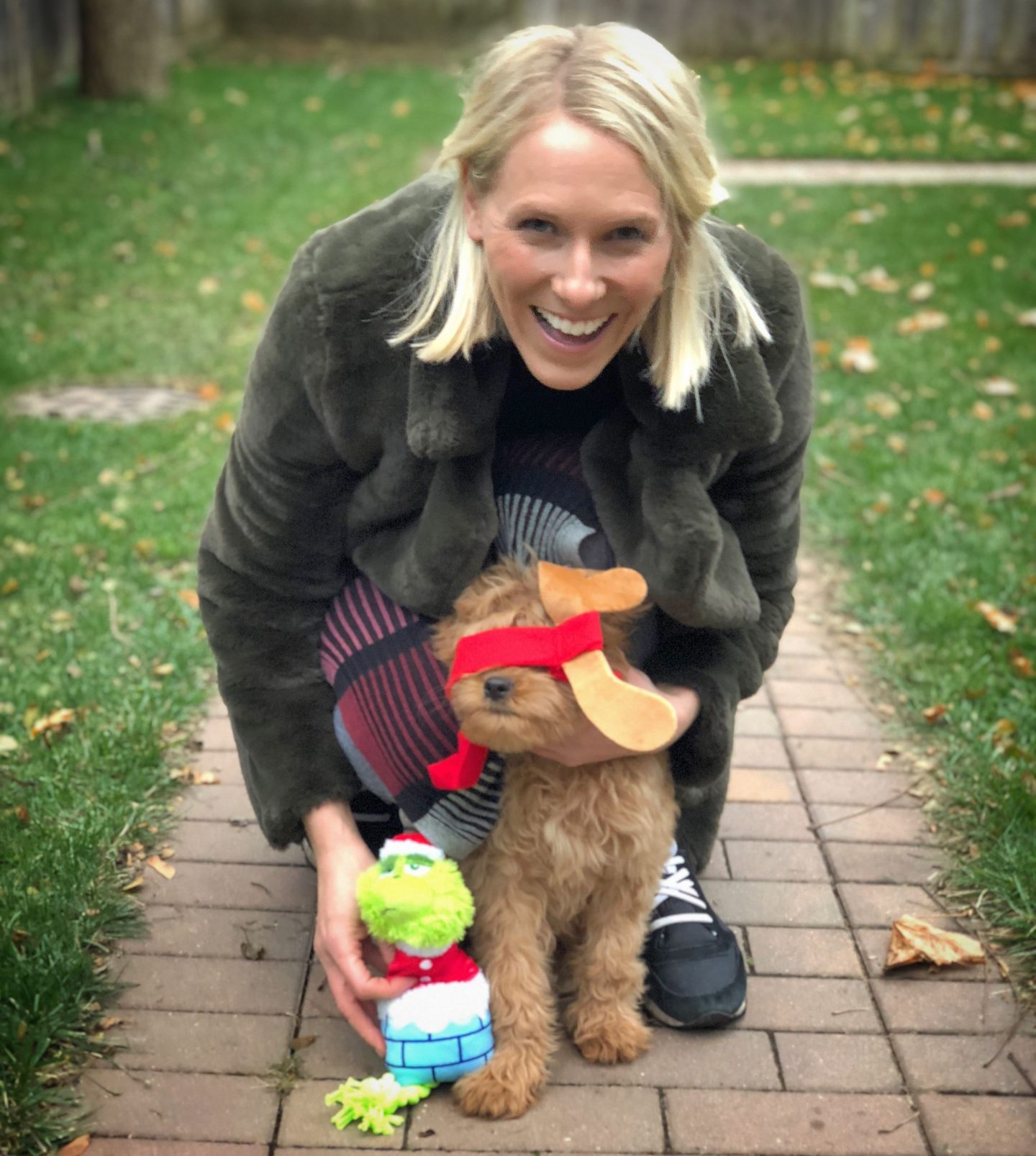 However you choose to celebrate the holiday season, keep in mind that it might be a tough time of year for others, so Grinchy behavior might need a little love!

Disclosure: I received tickets to The Grinch Musical for review purposes. All opinions are honest and my own as always.